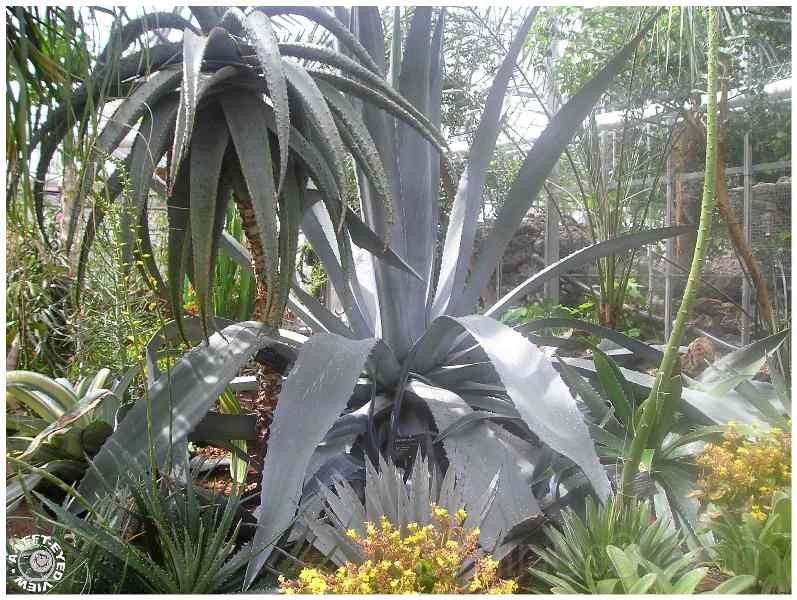 Posted by Steven (Chicagoland, United States) on 28 February 2008 in Plant & Nature and Portfolio.

The Century Plant is an agave originally from Mexico but cultivated worldwide. It has a spreading rosette (about thirteen feet wide) of gray-green leaves up to six feet, six inches long, each with a spiny margin and a heavy spike at the tip. Its common name derives from its habit of only occasionally flowering, but when it does, the spike with a cyme of big yellow flowers, may reach up to twenty-six feet in height. The plant then dies after flowering. The average life-span is around twenty-five years. I wonder where they came up with the name "century" if it lasts only 25 years. This century plant was photographed at the Oak Park Conservatory in Oak Park, Illinois. Its dimensions were comparable to those mentioned above.

I love the light and lush growth. superb.

A great specimen... somehow makes me want a shot of tequila...

A great agave, I'm growing some at home (that's still somewhat experimental due to frequent rain here). Fortunately, they produce enough offshoots, so it's not too dramatic when they die :-)