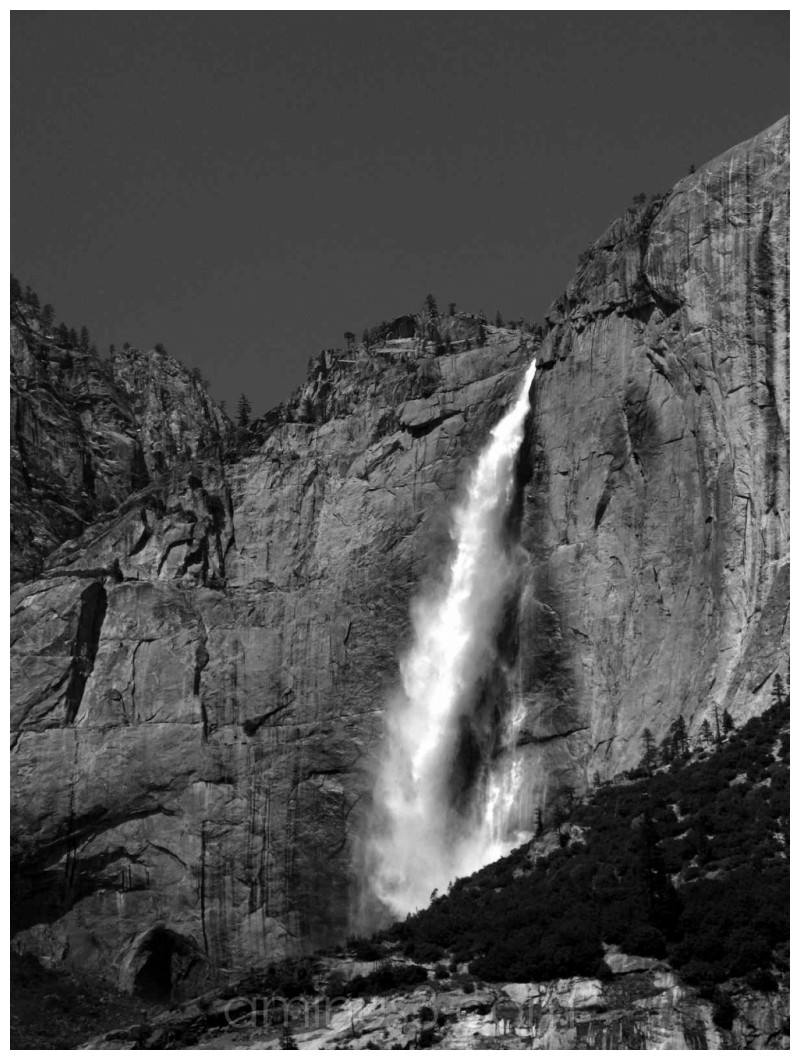 Posted by Steven (Chicagoland, United States) on 14 May 2008 in Landscape & Rural and Portfolio.

The 1430-foot (425-m) plunge qualifies the Upper Falls alone as one of the twenty highest waterfalls in the world. Trails up from the valley floor and down from other regions of the park outside the valley proper lead to both the top and base of Upper Yosemite Falls. The upper fall is formed by the swift waters of Yosemite Creek, which, after meandering through Eagle Creek Meadow, hurl themselves over the edge of a hanging valley in a spectacular and deafening show of force.

A magnificent waterfall, beautifully captured Steven. I love the glow of the water as it thunders down. A fantastic b&w image.

Stupendous. I must go and visit myself one day. Excellent image!

@MadScientist: I was debating whether to add the "Ansel Adams moon." :-)

Really nice, Steven. I like the black and white.

beautiful... I love waterfalls...and the b/w is great

wow, what a great view!
I wanna go into that waterfall and perhaps it could make my brain more clear and clean lol