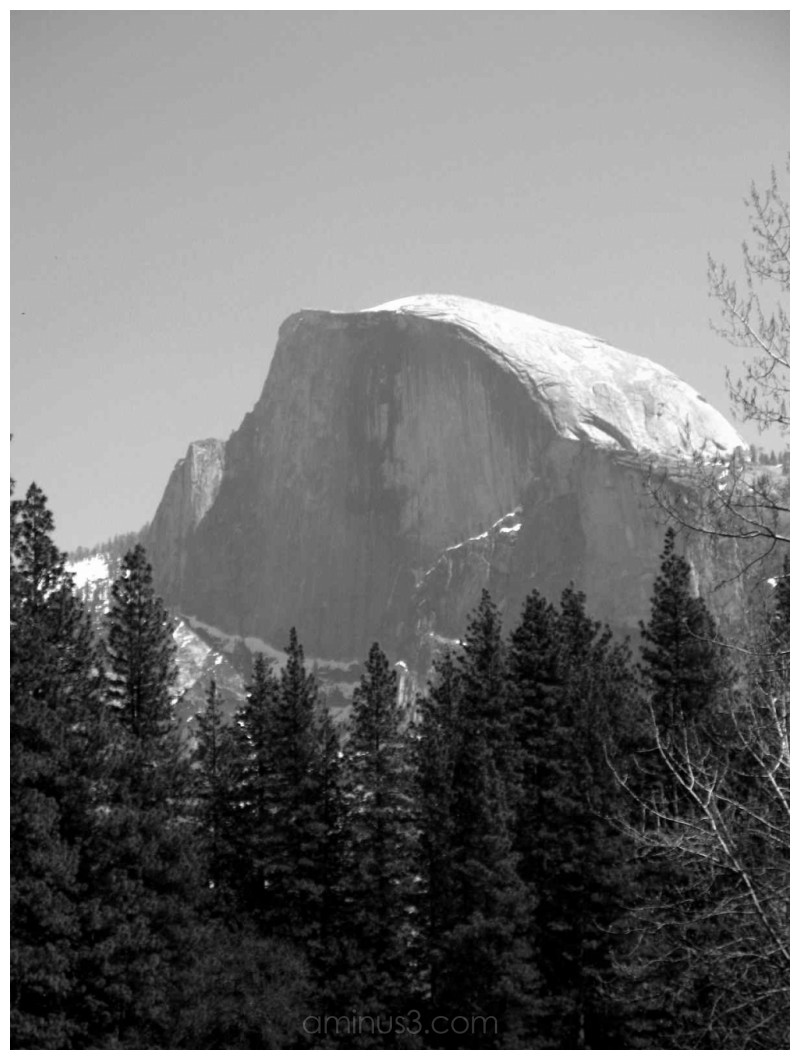 Posted by Steven (Chicagoland, United States) on 15 May 2008 in Landscape & Rural and Portfolio.

Half Dome is a granite dome in Yosemite National Park, located at the eastern end of Yosemite Valley — possibly Yosemite's most familiar sight. The granite crest rises more than 4,737 ft (1,444 m) above the valley floor.

As late as the 1870s, Half Dome was declared "perfectly inaccessible",[1] but it may now be ascended in several different ways. Thousands of hikers reach the top each year by following a trail from the valley floor. The trailhead is only 2 mi (3.2 km) from Half Dome itself, but the circuitous route is 8.5 mi (13.7 km) long. The final ascent is accomplished by following a pair of metal cables raised on posts up the peak's steep but somewhat rounded east face. The cable route was constructed in 1919, but followed close to the route of George Anderson's October, 1875 first ascent made by drilling iron eyebolts into the smooth granite.

This is an awesome natural structure, and a fantastic image and write up Steven.

That quite looks like a challenge! Did you try to reach the summit? :-) Grand shot!

Wow - that's one impressive looking dome! I've heard about Yosemite National Park, will definitely need to come and see it for myself one day! :)

Wow Now there's a place i must go

This is definitely near the top of my "must see" places list. Great photo.

I'll take the circuitous route... and this photo reminds me of the first great photographs.