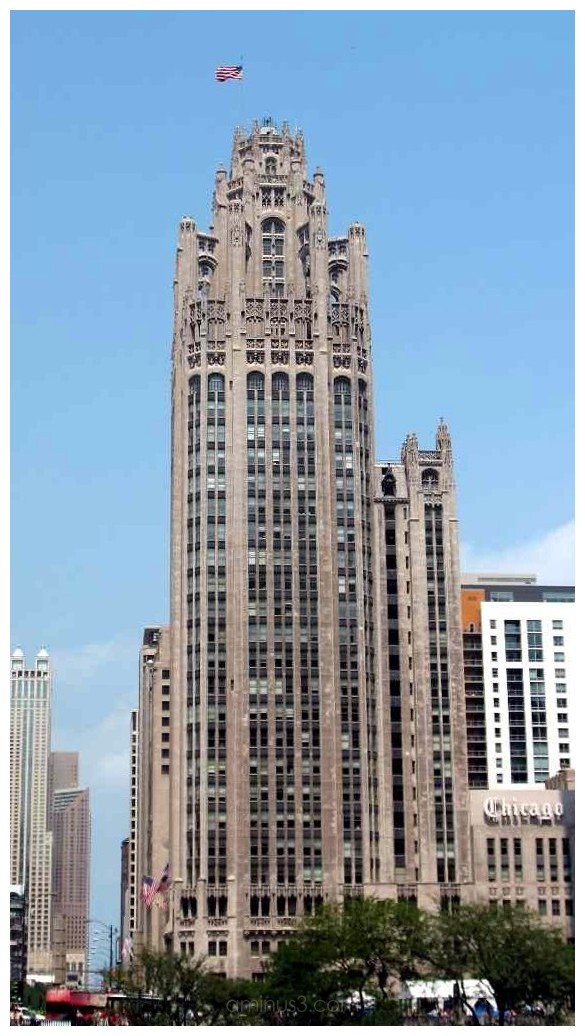 Posted by Steven (Chicagoland, United States) on 20 August 2008 in Architecture and Portfolio.

In 1922, the Chicago Daily Tribune organized a competition for the 'most beautiful and eye-catching building in the world'. Raymond Hood - who would later build the Rockefeller Center in New York - and John Howell won the first place due to their familiar gothic design and because the building fulfilled the needs of the newspaper best.

The Tribune Tower was completed in 1925 and reaches a height of 463 feet. It is located at North Michigan Avenue, near the Chicago River. The tower has been modeled after the Button Tower of the Rouen Cathedral in France. With its decorative buttresses at the top, the Chicago Tribune Tower remains a remarkable architectural monument. Photo taken August 1, 2008.

I can see why this design won, it's fantastic! it has so much character and beautiful stone work. It knocks spots of the modern towers in the background.

That looks cool too.

Thanks Steven, I LOVE this building, I am going to have to do a little research on it, The inclusion of little bits and pieces of iconic buildings I think is genius!