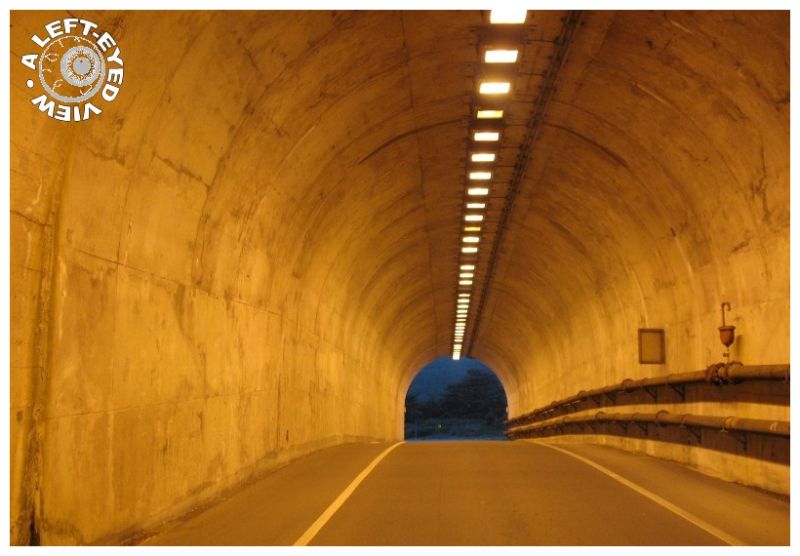 Posted by Steven (Chicagoland, United States) on 27 February 2009 in Transportation and Portfolio.

I thought I was heading in the right direction when I wanted to get some photographs of the Golden Gate Bridge and the San Francisco skyline from the Marin Headlands. After exiting the tunnel, I could see the ocean in front of me and there was this huge "amoeba" of fog traveling along the water's surface at a decent rate of speed. It never dawned on me to use my camera for video capture.

As I continued to follow the road, it seemed as though I was driving through the quiet part of town where a lot of traffic would not be expected to get to the Marin Headlands. When I got as high as I could to look toward San Francisco and barely see anything, I knew I was in the wrong spot. So I returned the following day during the sunlight hours to find the "real" Marin Headlands and had my breath taken away by what I viewed. Photo taken April 13, 2008.

I know this tunnel well and you were a little brave in grabbing this capture, Steven. It did strike me here:
"The dark at the end of the lighted tunnel !" - now there's a switch.

Terrific composition and that is wonderfully warm colour.