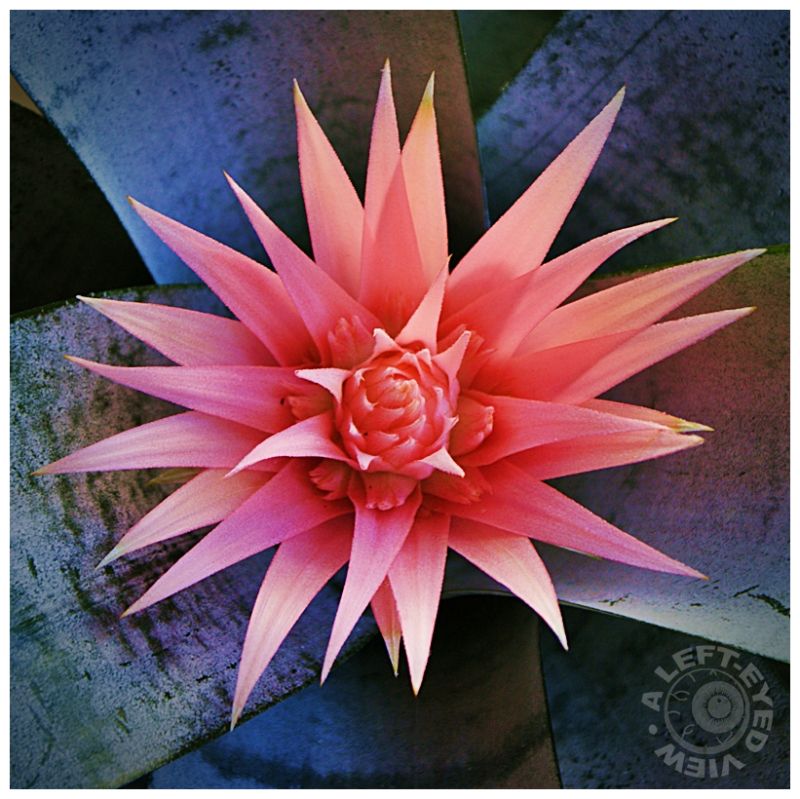 Posted by Steven (Chicagoland, United States) on 10 August 2009 in Plant & Nature and Portfolio.

The flower stalk of the bromeliad is produced from the center of the rosette. The stalk may be long with the flowers held far away from the plant (either erect or hanging pendantly) or the stalk may be short with the flowers nestled in the rosette. The stalk may produce a single flower or many individual flowers and may have colorful leaf-like appendages called scape bracts that serve to attract pollinators and delight bromeliad enthusiasts.

With rare exceptions, bromeliads only flower a single time - once the plant stops producing leaves and produces its flower, it will not start making leaves again. It will, however, vegetatively produce new plantlets called "offsets" or "pups". These plants will feed off the "mother" plant until they are large enough to set roots of their own and survive as a separate plant. The mother may sometimes survive a generation or two before finally dying off. Pups are usually produced near the base of the plant - inside the sheath of a leaf. Sometimes, however, pups may be produced on long stolons or atop the flower spike of the mother plant.

I will be out of town until Monday and will be back to visiting everyone on Tuesday. Have a great weekend, everyone!

I regard these plants as some of the most beautiful and unusual in nature... This is an excellent shot!