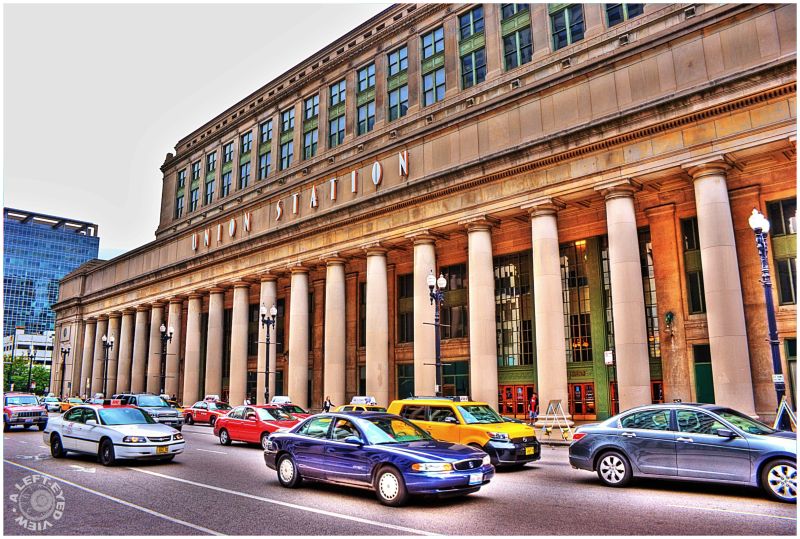 Posted by Steven (Chicagoland, United States) on 22 December 2009 in Transportation and Portfolio.

The architect of Union Station was Daniel Burnham of Chicago, who died before its completion. The firm of Graham, Anderson, Probst and White completed the work to Burnham's designs. Work began in 1913 and the station opened on May 16, 1925, though some construction on viaducts carrying streets over the approach tracks went on into 1927. Construction was delayed by World War I, labor shortages and strikes. It is one of about a dozen monumental Beaux-Arts railroad stations that were among the most complicated architectural programs of the era called the "American Renaissance", combining traditional architecture with engineering technology, circulation patterning and urban planning.

Upon its completion, Union Station was hailed as an outstanding achievement in railroad facility planning. Today, the monumental neoclassical station is the last remaining railroad terminal still used by intercity trains in Chicago.

Powerful architecture! Too bad it doesn't have a huge square in front of it!

Very nice coloring, Steven.
You forgot to mention it as the site of the Elliott Ness shootout in "The Untouchables"!

Union Station is colossal and the entrance to drop Hertz are _so_ tiny :)
Great processing.

I am constantly in awe of the buildings you get to photograph.

This has an "other world" look about it (Steve's world) it's great fun and looks like a cartoon image. I love the way you continue to push the envelope and try to create something different and adventurous.

Kinda' nice to see a vibrant train station in a mid-west city.

your hdr is taking a lovely turn for the sleek... what are you doing differently...? :)