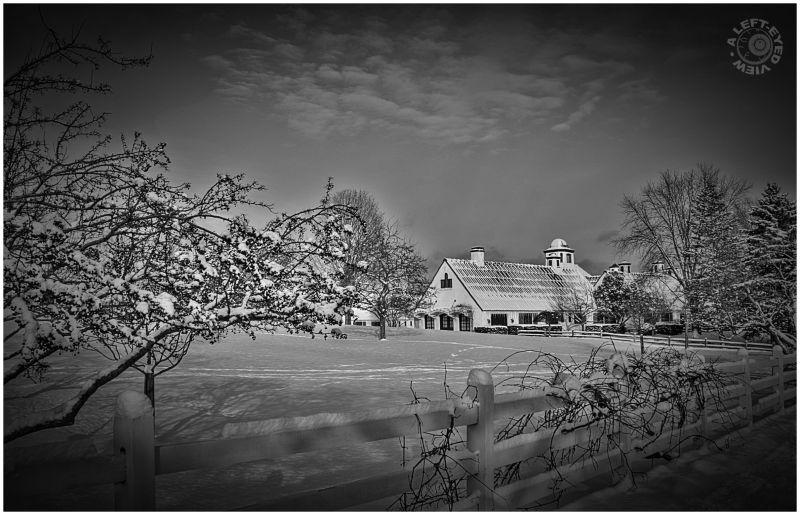 Posted by Steven (Chicagoland, United States) on 28 December 2009 in Landscape & Rural and Portfolio.

At the turn of the twentieth century, the property we know today as Crab Tree Farm was part of a 370-acre dairy farm, owned by the eminent Illinois federal district judge and railroad president Henry W. Blodgett, who created the system that became the Chicago & Northwestern Railway in 1863. In 1905 Scott Sloan Durand (1869–1949), founder of S. S. Durand and Co., a Chicago sugar brokerage, purchased 250 acres of Blodgett’s land on Lake Michigan just north of the village of Lake Bluff, Illinois, and presented them to his wife, Grace Durand (1867–1948). Educated with agricultural training, she had founded a burgeoning commercial business, Crab Tree Dairy, on twenty acres in the residential village of Lake Forest. There, Durand kept her prize herd of Guernsey cows, but escaped animals and the aroma of farm life were a constant source of irritation to neighbors, and the Durands determined that they must relocate to the former Blodgett property.

In 1910, less than five years after they had moved, a fire destroyed the original farm buildings, and that event prompted Grace Durand to commission noted Chicago architect Solon Spencer Beman (1853–1914), who is perhaps best known for his design of Pullman Village (1880–84) on Chicago’s far south side, to develop plans for a modern facility for her operation. The result was the assembly of buildings that survives today as Crab Tree Farm.

Beman, who trained in New York and had come to the Chicago area with the promise of work after the city’s devastating 1871 fire, created a massive central barn surmounted by a clock tower. It is flanked by four additional buildings and a pair of silos. Arranged around a central court and reflecting pool, the structures provide approximately 20,000 square feet of interior space.

The buildings were constructed to be fireproof, with steel framing and walls of terracotta blocks, finished with concrete and white stucco. The roofs were cast from concrete to resemble terracotta tiles. The buildings were provided with electric lights, water, refrigeration, and ventilation. Their somewhat eclectic style has been referred to as “California Mission,” “South African,” and “Scandinavian.”

In 1912–13 the noted landscape architect Jens Jensen developed plans for fruit, flower, and vegetable gardens and orchards. Only parts of his plan were executed.

In 1926 William McCormick Blair (1884–1982) and his wife, Helen Bowen Blair (1890–1972), purchased from the Durands eleven acres of farmland overlooking Lake Michigan and commissioned architect David Adler (1882–1949) to design a summer home. In 1948, after Grace Durand died, the dairy ceased operations. Over the next decade, the Blairs purchased the rest of the farm.

In 1985 the Blair estate sold the farm buildings and most of the farmland to Mr. and Mrs. John H. Bryan, who had, the previous year, purchased the Blairs’ summer residence on the lake. Today Crab Tree Farm is home to cattle, horses, sheep, chickens, and turkeys. Crops have included hay, corn, and soybeans. The original Beman buildings have undergone extensive renovation and display collections of furniture and decorative arts from the American and English Arts and Crafts movement, as well as contemporary furniture.

A great story to illustrate this powerful mono HDR.

A picture postcard in B&W, the HDR gives it even more depth.

Steven, a large composition for this BW, Hello beautiful!

Nice perspective. The vignetting works nicely here to keep the focus on the subject.

So nice to know this is still an operational farm. What a lovely photo.

Beautiful winter scene, I like the POV and perspective you've captured. Thoroughly enjoyed the background history of the area.

This is absolutely gorgeous. There seems to be a real presence in this frame.

Superb, Steven. I love this!

Wonderful image and some local history I was unaware of till now!

I'm learning a lot about my own back yard watching you. Is this HDR black and white style? It definitely holds a mood.

@Self-Indulgence: Yes. Jack has convinced me to try HDR processing in B &W.

a lovely locale -- beautiful with the snow!

Wow.. what a fantastic BnW shot.. love it.