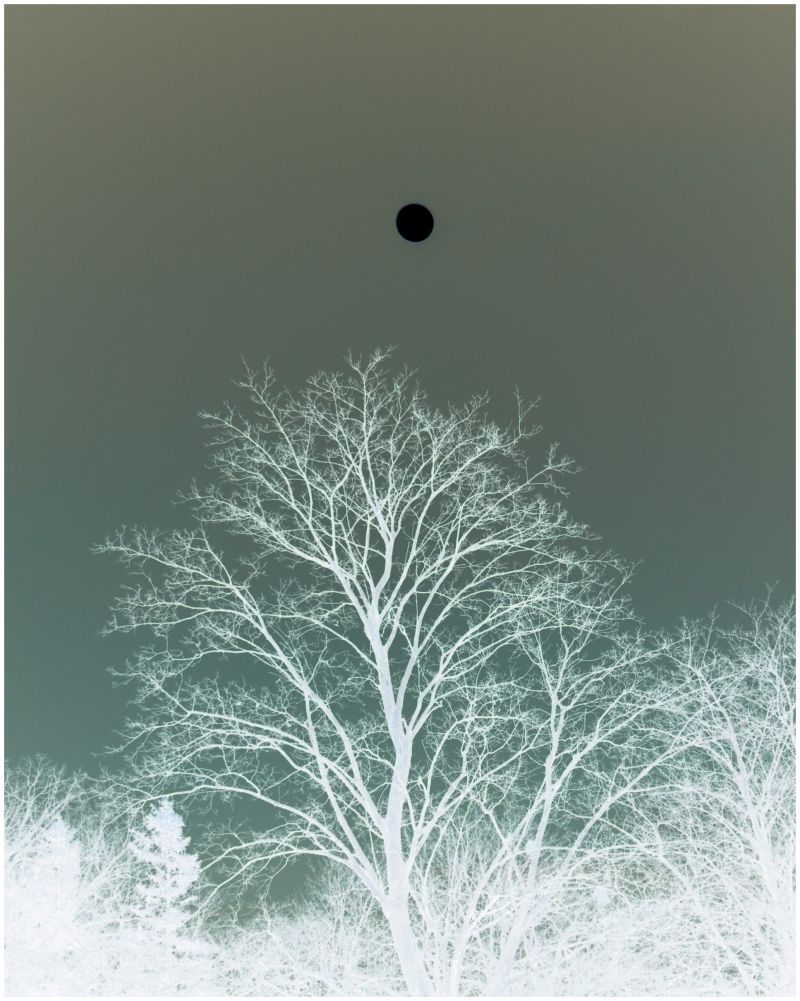 Posted by Steven (Chicagoland, United States) on 21 January 2010 in Plant & Nature and Portfolio.

Not quite the hoarfrost that has been seen in the western suburbs of Chicago this past weekend as a result of "frozen fog", but a negative of a night time shot gets me close. Then there's the lunar "eclipse" above.

A great effect, and everything becomes visible.

Wow, this is cool and creative. Love it.

just brilliant. i love it :)

This is soooo cool, great shot, thanks for sharing.

That sun/moon bothers me but otherwise this reminds me of the intro to Twilight zone where they do the trees and lightning in negatives.