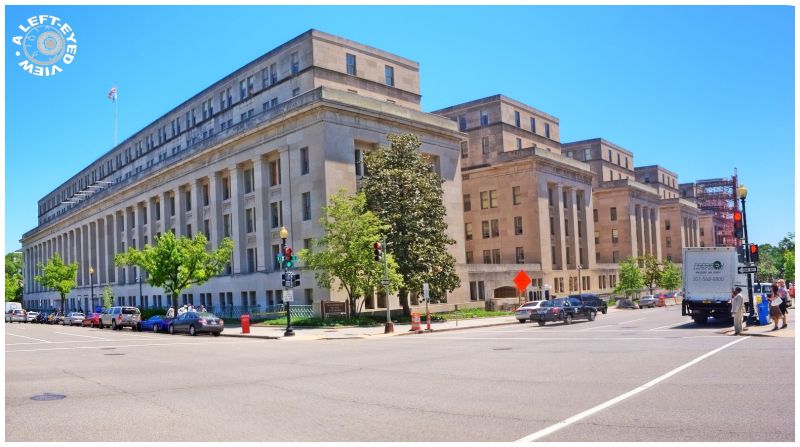 The Department of the Interior

Posted by Steven (Chicagoland, United States) on 19 May 2010 in Architecture and Portfolio.

The U.S. Department of the Interior protects America’s natural resources and heritage, honors our cultures and tribal communities, and supplies the energy to power our future.

The Interior Department had a wide range of responsibilities entrusted to it: the construction of the national capital's water system, the colonization of freed slaves in Haiti, exploration of western wilderness, oversight of the District of Columbia jail, regulation of territorial governments, management of hospitals and universities, management of public parks,and the basic responsibilities for Indians, public lands, patents, and pensions. In one way or another all of these had to do with the internal development of the Nation or the welfare of its people.

After the recent explosion and oil spill in the Gulf of Mexico, this has got to be one busy department.

Interesting architecture of power, a quite international style.

You made a beautiful HDR here, the treatment isn't too "hard", I really like it :)

Looks impressive and dependable . . all they hafta do is live up to that, now. No easy task.

Five monolithic structures!
This is about the level of Photomatix processing that I struggle with and you do so well.

Yes, I hope they can do all that especially the energy part. A nice looking shot of this seat of power and responsibility.

Great perspective on this one.. gives it a sense of austerity.

So I've finally seen the building. This is a very important department. thanks....