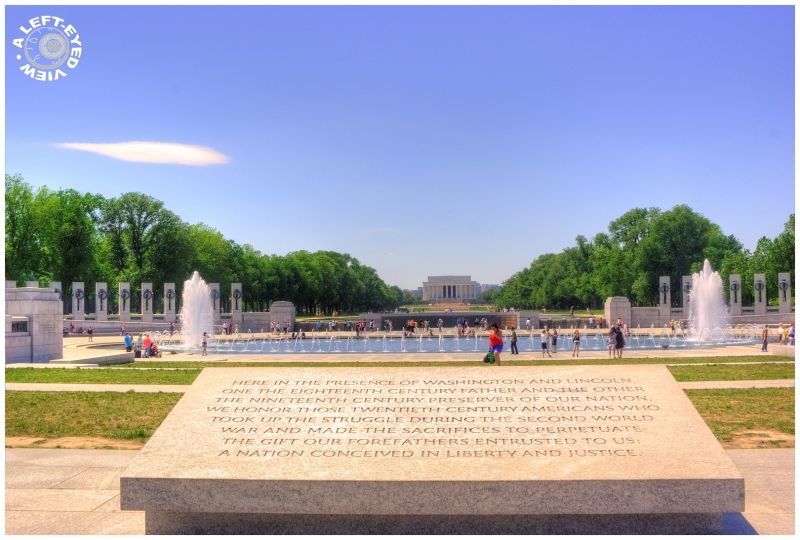 A Nation Conceived in Liberty and Justice

Posted by Steven (Chicagoland, United States) on 26 May 2010 in Art & Design and Portfolio.

A capture of the fountains in the central area of the World War II monument located in the National Mall in Washington, DC. The Lincoln Memorial can be seen in the distant background.

The engraving on the marble tablet reads,

Here in the presence of Washington and Lincoln,
One the eighteenth century father and the other
The nineteenth century preserver of our nation,
We honor those twentieth century Americans who
Took up the struggle during the second world
War and made the sacrifices to perpetuate
The gift our forefathers entrusted to us:
A nation conceived in liberty and justice.

Superb photo and great view. So, your framing is very nice. Have a lovely day Steven.

A beautiful site: airy, classy, and not without serenity. Very nice!

A most beautiful image and inscription.