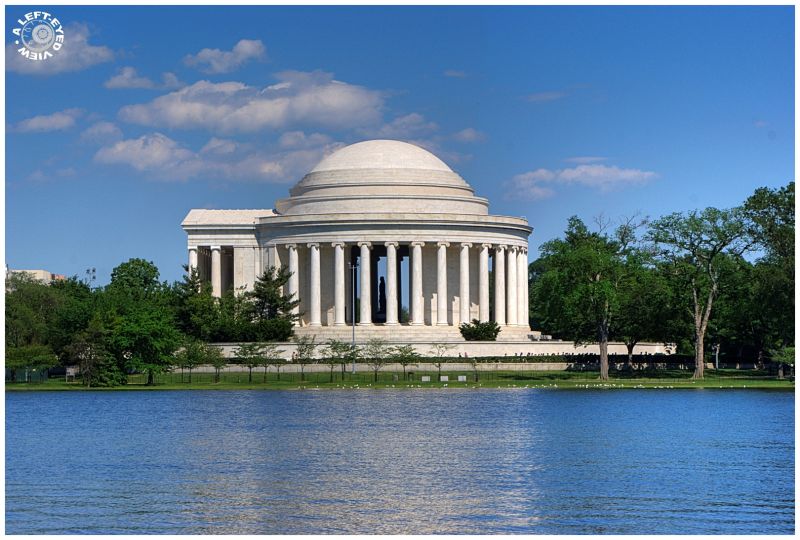 Posted by Steven (Chicagoland, United States) on 2 June 2010 in Architecture and Portfolio.

The Memorial's chance came to fruition in 1934 when President Franklin Roosevelt, an admirer of Jefferson himself, asked the Commission of Fine Arts about the possibility of erecting a memorial to Jefferson, including it in the plans for the Federal Triangle project, which was under construction at the time. Later the same year, Congressman John J. Boylan jumped off FDR's starting point and urged Congress to create the Thomas Jefferson Memorial Commission. Boylan was appointed the Commission's first chairman. Congress eventually appropriated $3 million for a memorial to Jefferson.

The Commission chose John Russell Pope as the architect in 1935. Pope was also the architect of the National Archives Building and original (west) building of the National Gallery of Art. He prepared four different plans for the project, each on a different site. One was on the Anacostia River at the end of East Capitol Street; one at Lincoln Park; one on the south side of the National Mall across from the National Archives; and one situated on the Tidal Basin, directly south of the White House. The Commission preferred the site on the Tidal Basin mainly because it was the most prominent site and because it completed the four-point plan called for by the McMillan Commission (Lincoln Memorial to the Capitol; White House to the Tidal Basin site). Pope designed a very large pantheon-like structure, to sit on a square platform, and to be flanked by two smaller, rectangular, colonnaded buildings.

This is a beautiful picture of a beautiful memorial. Thanks for bringing back fond memories of my time in WDC.

The water is as blue as the sky !!! So beautiful !

Love this frame much more than the same from yesterday !

Superb photo with a very nice sky. Have a lovely afternoon Steven.

The blues work so well with the white of the memorial. Beautiful!

very interesting to see sights of Washington, I actually had no idea it's so much inspired of the antique culture/classicism. Beautiful composition, the centering displays the harmony very well.

I guess there are no monuments to Jefferson in Texas. They don't even want to admit that he existed in their text books.

Hi Steven - I really lve the Jefferson Memorial as well and the funny thing is I captured 2 shots seems like virtually from the same positions that you did - mine were during the cherry blossom time of 2 years ago. Your images, however, are MUCH better in every way, they are just fantastic VERY nice work sir.

Since I know the original building in Rome quite well, I'm astonished how different the impact is when it's being placed in a park landscape. Very appealing image!