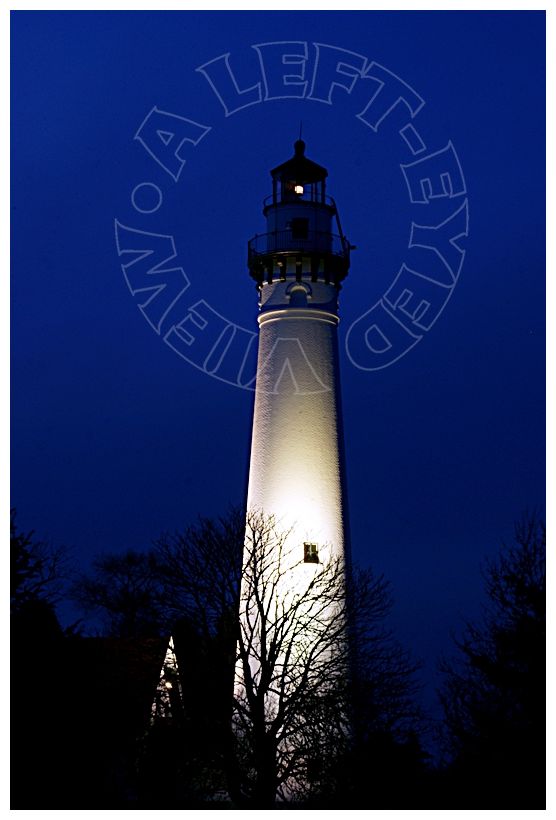 Posted by Steven (Chicagoland, United States) on 26 July 2010 in Architecture and Portfolio.

To assist navigation around the point into Racine Harbor, Wisconsin, the Wind Point Lighthouse began functioning in 1880 with a kerosene lamp, focused and magnified by a third order Fresnel lens. Its light could be seen for 19 miles.

At 108 feet, it is one of the tallest and oldest lighthouses still serving on the Great Lakes. Its fog horns, last sounded in 1964, could be heard for 10 miles.

In recognition of the key role this lighthouse has played in the maritime history of Racine County, it was placed on the National Register of Historic Places in 1984.

In 1997, the National Park Service awarded ownership of the property to the Village of Wind Point, Wisconsin. The Coast Guard still maintains the light as a public navigation aid.

I do love a good lighthouse, very well taken

Wow ! A very beautiful composition, I love that deep blue background. Have a nice day Steven :)

This is a great treatment here Steven. I have become convinced that you are a master at nighttime scenes using available artificial light and turning it into something even more beautiful than anyone envisioned. This is just a marvelous, marvelous job Steven. Additionally, I need to go to this lighthouse on my "dreamed of" grand tour of the Great Lakes States. Awesome work, Steven

Yes, you've done a great job with this one Steven.

Cool usage of your logo - and I like these colours a lot!

Great light on this.

What a beauty! I'm glad this old light is still burning. It seems such a shame to take these wonders out of service even with GPS and other modern navigation aids.