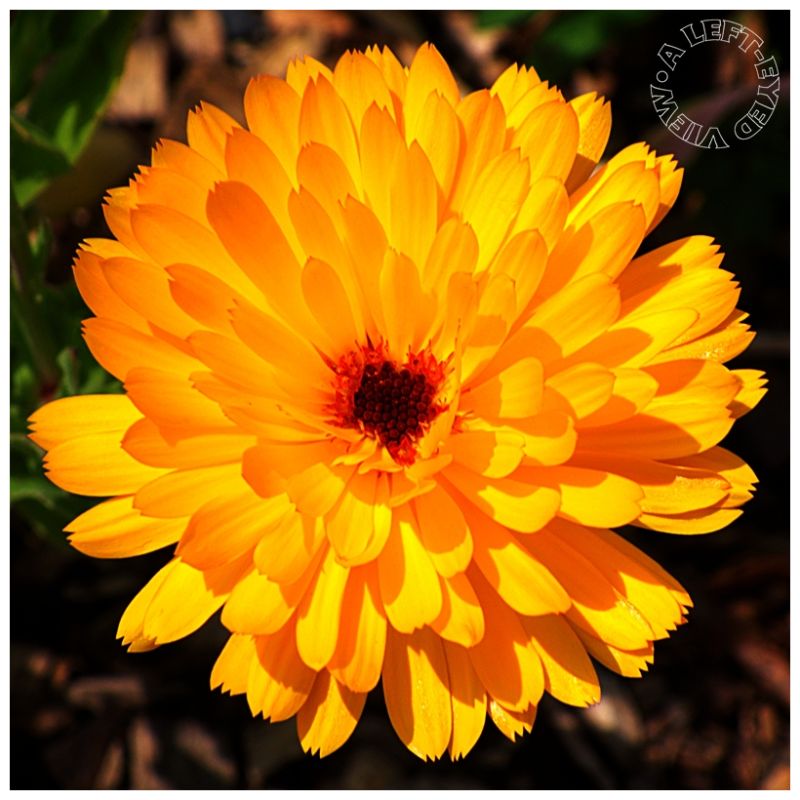 Posted by Steven (Chicagoland, United States) on 13 August 2010 in Plant & Nature and Portfolio.

Calendula officinalis (Pot Marigold) is a plant in the genus Calendula (marigolds), in the family Asteraceae. Calendula officinalis is widely cultivated as an herb and can be grown easily in sunny locations in most kinds of soils. Although perennial, it is commonly treated as an annual plant, particularly in colder regions where its winter survival is poor.

The leaves and petals of the Pot Marigold are edible, with the petals added to dishes as a garnish and in lieu of saffron. The leaves can be sweet but are more commonly bitter, and may be used in salads. It was used in ancient Greek, Roman, Arabic and Indian cultures as a medicinal herb as well as a dye for fabrics, foods and cosmetics.

And this is a lovely image Steve. I love Marigolds, Calendula, Chysanthmums, etc...Why can't I capture one like this - you have a beautiful piece here. The lighting is outrageous (that means better than awesome here) and the backround is a perfect contrast in harmony. Great piece here Steven Thank you!

Good strong colour in this one Steven, brightens the day up.

What a burst of sunshine, great vitamin kick ;o)

Can feel the natural power in this . . the unstoppable surge of Nature.

The MaJor from TM HooD, Iran

Oh, my. That is a blast of sunshine.

a little bit of sunshine in your garden. Beautiful shot!

wow this one ­" punch " of color very nice

Super shot, I love this colour!