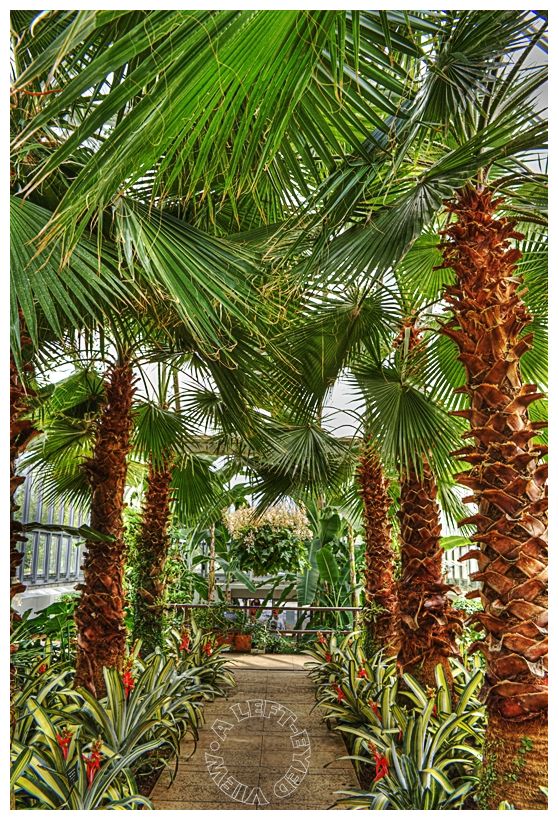 Posted by Steven (Chicagoland, United States) on 24 August 2010 in Plant & Nature and Portfolio.

The Mexican Fan Palm, Washingtonia robusta, was named in honor of our country's first president, George Washington. Wonderful when planted in rows as an allée, Washingtonia robusta lined numerous avenues in the early twentieth century and are among the most widely planted trees in southern California.

Superb photo whit a excellent framing. The predominant green is splendid. Have a nice day Steven.

Great crop, and wow must be some enjoyable. Ecologic.

Makes me envious! I've grown a Washi myself, but always got into trouble in winter. Wonderful shot!

Must be a great place to have a walk. Nice details of these palm trees. Have a great day Steven :)

Wow I need to get to the Chicago Botanical Gardens! You have some fabulous items there! And I love this perspective - especially with the fan palms....these remind me of the ones in Anza-Borrego Desert State Park east of San Diego. Tell you what, you show me around the Gardens and I'll fly back to San Diego and pick you up at the airport as well, and I will take you out and show you around the desert.....mid to late March is a perfect time :-) Thank you Steven!!

Like your framing and composition.
Lovely green and brown..

I can almost feel the coolness from the shade.

Beautiful perspective! Love the lush colors and tropical feel to this! Nice!