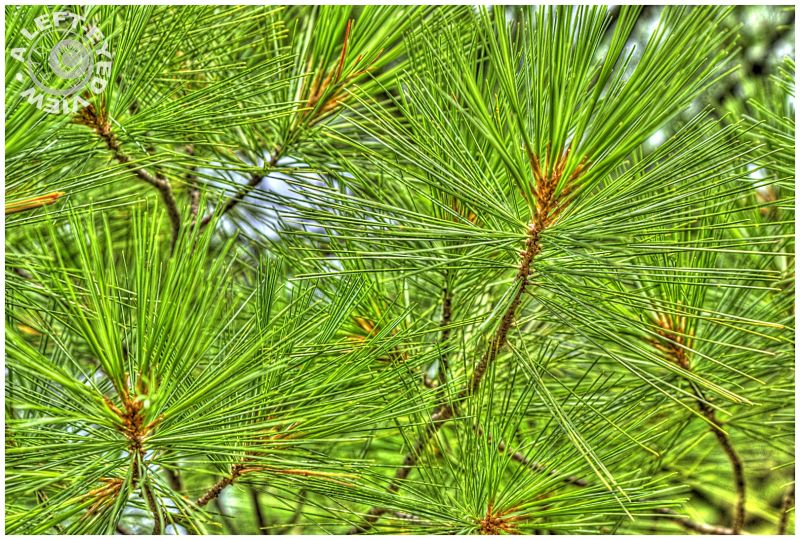 Posted by Steven (Chicagoland, United States) on 21 September 2010 in Plant & Nature and Portfolio.

Fresh new needles of a pine tree captured at Van Patten Woods in Wadsworth, Illinois, part of the Lake County Forest Preserve District. Van Patten Woods was Lake County’s first forest preserve, created in 1961 with a 162-acre purchase. In the 1970s the abandoned gravel pit that is now Sterling Lake was acquired. Mined from the 1930s through the mid-1970s, this area was deeply scarred. Major restoration that took place between 1989 and 1993 resulted in the safe and clean preserve we enjoy today.

This preserve is named in honor of David Van Patten, President of the Lake County Forest Preserves in 1960. The former gravel pit was once known as Vulcan Lake. Following a "name-the-lake" contest, it was renamed Sterling Lake in honor of Sterling Township, the previous name for Newport Township.

Beautiful tones of green and great details ! Have a nice day Steven :)

Great colors, it pops and radiates on my screen... are your colors radioactive Steven ? ;-)))

Nice shot! Love the patterns formed by these needles...

Super greens and a well chosen compo. I like this a lot.

I much prefer Sterling Lake to Vulcan Lake for sure....I truly love this image Steven The lovely greeen and needles are great...well done!

Beautiful colors and textures in this pine abstract.

Thanks for the info! Beautiful macro and DOF! Stunning color! Wonderful composition!!!