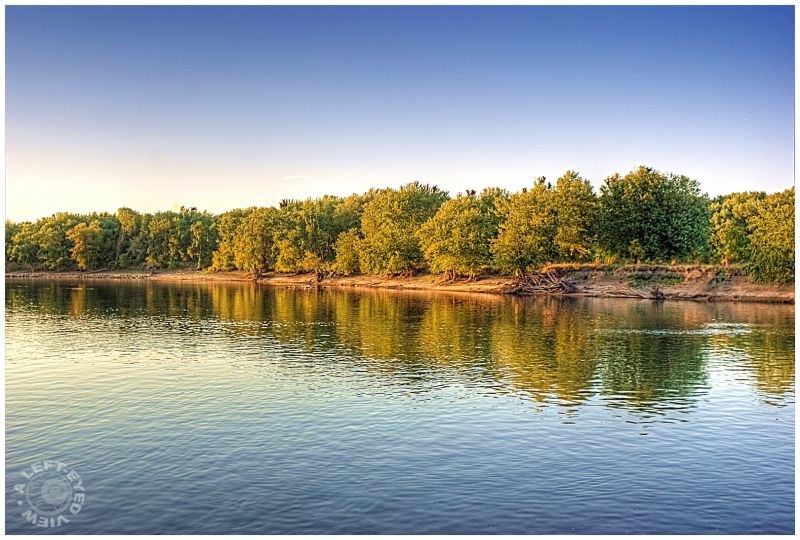 Posted by Steven (Chicagoland, United States) on 8 October 2010 in Landscape & Rural and Portfolio.

The area was once home to Native Americans, particularly the Kaskaskia who lived in the Grand Village of the Illinois across the river. Louis Jolliet and Jacques Marquette were the first Europeans recorded as exploring the region, and by 1682, the French had established Fort St. Louis on a large sandstone butte overlooking the river. The fort was the first major settlement by the French in Illinois.

Looks really lovey, did you get any shots of deer

@Alun: No, but my car nearly "met" a deer. :-) I was actually fortunate to arrive early Friday evening as the rest of the weekend got "washed out."

The colors are really beautiful, in the trees but not only. Their reflections in water are exquisite. It's a poetic place for me, a place to dream between blue and green.

Even with the curious name of Starved Rock, this place manages to be a treat to the eye . .

Wow! What a beautiful view!
Love the colours, lighting and reflection...

Superb photo and beautiful view. Have a great afternoon Steven.

Stephen, Thank you VERY much for the great narrative...I never knew ANY of that. Now I want to go there...awesome photo as always! Thx Again

I like those reflections. The surface of the water has an interesting texture. Cool shot.

A beautiful view of a place where time seems to be standing still.

The reflections are beautiful!

I think my son and his girlfriend are headed out to starved rock this weekend.. for the changing colors. How lovely it is here!