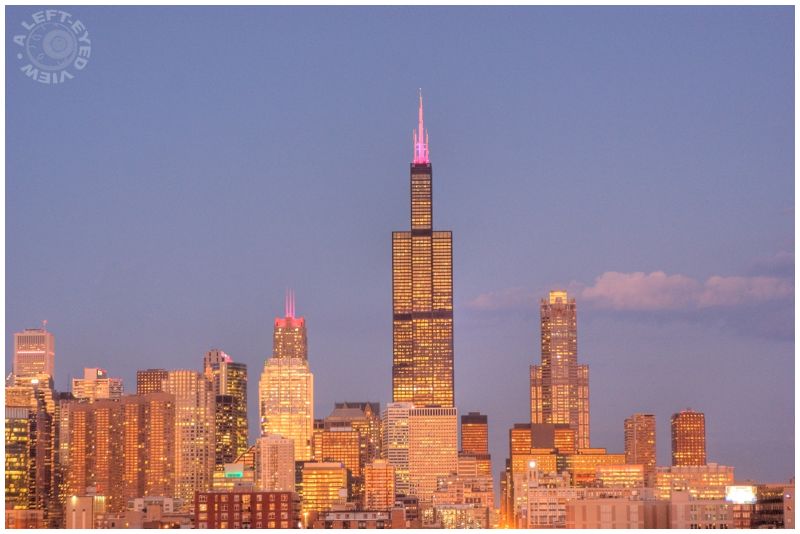 Posted by Steven (Chicagoland, United States) on 28 October 2010 in Cityscape & Urban and Portfolio.

My intent was to capture the setting sun's warm colors reflecting off of the buildings. As I drove to the garage, I feared I wouldn't make it up in time. I drove my car all the way up to the 8th floor of the parking garage and had about two minutes to spare. Later in the evening, I realized I could have parked on the main level and taken the elevator up. DOH! Would have been much quicker!

I like it.. the lights in the buildings are already on.. and with the day light outside.. this is very nice shot.

Long live the pink reflection of the sunset!

Smiles . . sure looks like more than a few heard the call !

Excellent cityscape. I love tones in this pic .

That's ok Steven - this is great, but I have felt the same kind of frustration....often! Nice one here, though!

The result is terrific.

Wow ! Such a beautiful shot !

You got a lovely shot for your effort.

Very nice, it almost looks like a 'natural' HDR.

Hindsight is 20/20 they say! It was worth it though you did get the shot and its superb!