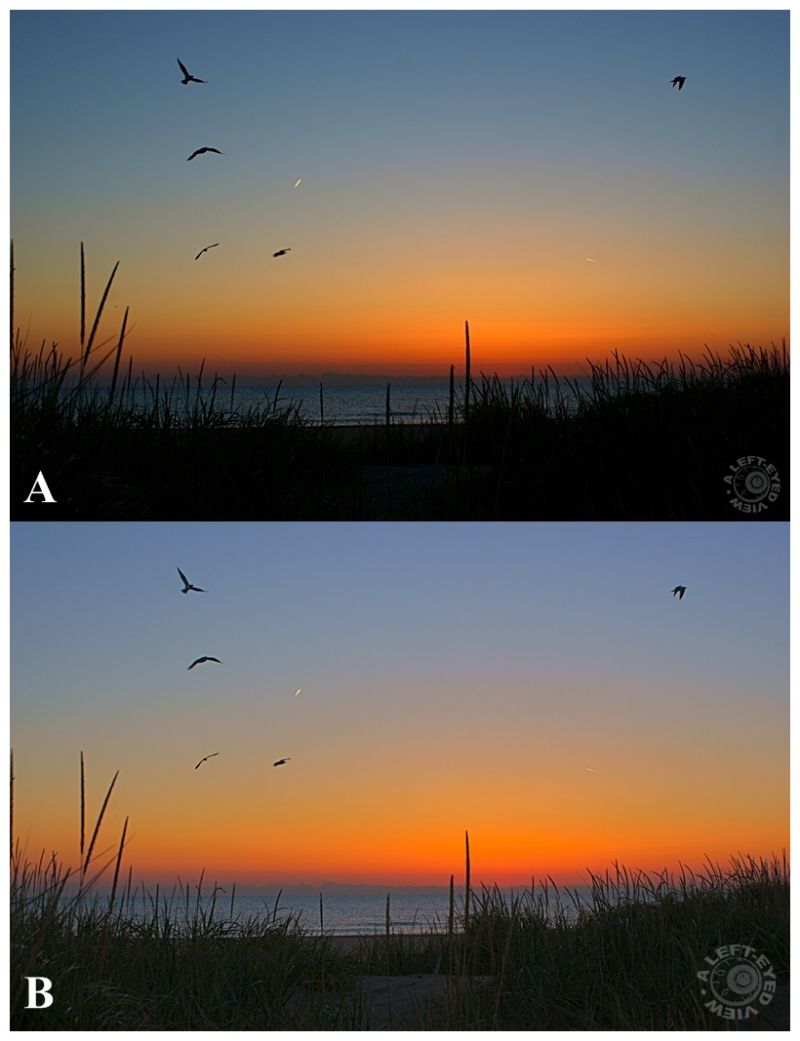 Posted by Steven (Chicagoland, United States) on 24 November 2010 in Landscape & Rural and Portfolio.

As of late, I have noticed that photos that are processed on my laptop can sometimes end up looking rather dark when viewing the photos on other computers. So I thought I would try a few tests over the coming days.

Take, for example, yesterday's photo. After post-processing it on my laptop at home, I post-processed the same (original) photo on a different computer according to what I felt looked best on that second computer.

Which photo do you feel looks best according to exposure levels, A or B?

Thank you in advance!

A for me. I love the contrasted colors.

A is better.. Although the difference is very little.

Definitely A for me too... the colors are intense and I like that. Have a fantastic day Steven :)

Well, I have five monitors here and, of course, it looks different on each one even if they are 'calibrated' but there is no doubt that 'A' looks best on all . . .

An excellent test based on an observation that I have made as well Steven...but my observations are strictly empirical...no science allowed in my brain ;-) (just kidding)...Anyway, I agree with the others when they imply that it is largely a matter of "taste" or preference when viewing images like this....Having said that, to me, Photo B is a bit more "visible-looking" in all aspects...the foreground is, to my taste, just visible enough to convey some interest and guide the eye...but I love silhouettes too, so I can totally identify with what the others are saying...but to me, I guess I would choose B on a personal preference ......Have a great Thanksgiving and I am feeling much better from yesterday and so far today (even though I am at work!!) Cheers, sir - sorry for the gabby response!

ps - everyone else also majkes a VERY valid and strong point regarding the intensity of the colors and drama of the silhouette...for sure...I see their point.

For me it is A , the same as yesterday !

hello steven, thanks for commenting yesterday! as to your question here, i think i agree with the majority. this said, i have to add that a little more foreground in A would have been nice - or a darker background in B. anyway, i like the image. it evokes the desire to hear the gulls (if they are gulls) and to breathe in the air!

For me to it is a A, in this shot the contrasted is very nice.

i lean toward A because i like that earlier time of day. it creates a stronger sense of inward peace

Love the colours in photo A

I think that many people would probably pick B because of the brighter colors. We are so conditioned to want things saturated and brilliant but I think A is actually better because there is a subtlety in the graduation of light at the horizon line. Also some of the depth is removed from the water when it's made brighter and the blue of the sky in B is a more startling contrast to the warmer tones where as in A it again is more graduated and natural. So A is my choice.

I gravitate toward exposures as in A.