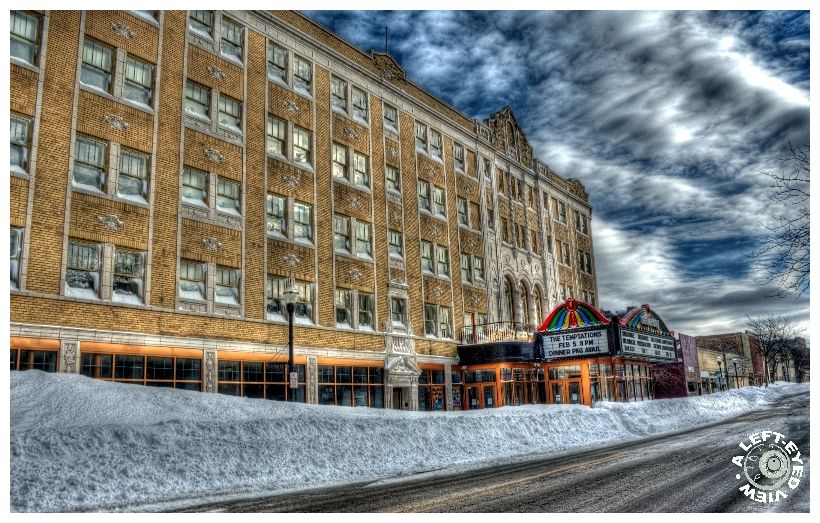 Posted by Steven (Chicagoland, United States) on 9 February 2011 in Plant & Nature and Portfolio.

Pictured here was a major snow drift in downtown Waukegan along the facade of the Genesee Theatre. I am surprised that the windows didn't cave in under all that pressure.

Nice rendering on the sky Steve but maybe a bit too strong, resolution beeing not at it best...

thats a lot of snow, sorry a bit to much HDR for me

Oh well done Steven, the level of contrast is tremendous!

You sure have some snow happening there. Very nice shot.

You definitely added the stormy look with the processing. Snow mountains are everywhere right now!

Dynamic and powerful shot, mate!
Amazing what you could do with HDR.

Oh my you guys got hammered! I find it's a bit easier to cope, even as the temperatures drop into the single digits, when there is just a little sunshine. Thanks for braving the elements to capture this.

What a bit of sunshine makes, eh?
This amount of snow would cause a national crisis in my country!

this IS a lot of snow! and a wonderful treatment as well!