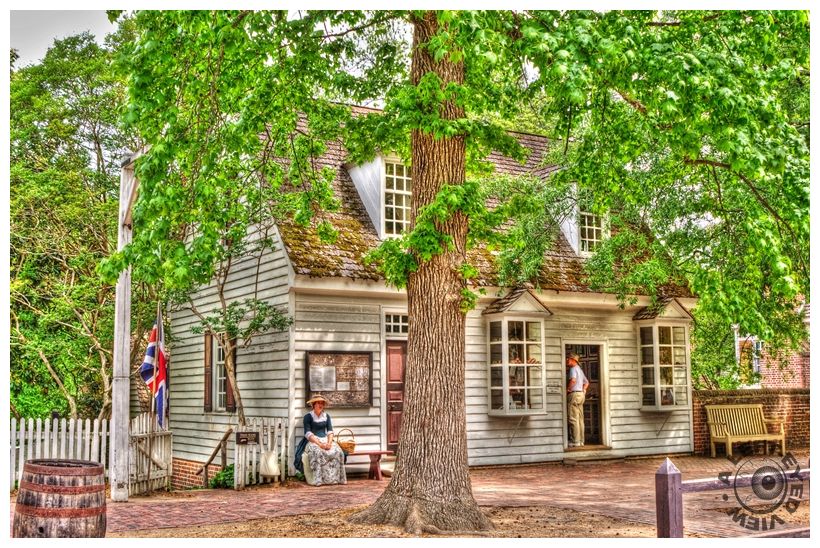 Posted by Steven (Chicagoland, United States) on 15 February 2011 in Landscape & Rural and Portfolio.

The Printing Office & Post Office on Duke of Gloucester Street. Built in the early 1700's, this building was the central hub of communication for 18th century Williamsburg. The printing office would play a key role in spreading news and information that influenced the choices Virginians made during the Revolutionary years. The first public printer in Virginia was William Parks, who began publishing the colony's first newspaper, The Virginia Gazette, in 1736. Today guests can still send mail through the post office.

a scene from another century
outstanding processing

The Union Jack certainly reinforces the colonial past.

Wonderful framing.. like the lady sitting outside with the costume.

this is just like from the "olden days"! a splendid presentation, steven!

What unique work...very interesting. Good luck with it!

You manage a wonderful added-reality in these studies . .

The woman seems to have been left there since the Union Jack was in use.
Superb photo, a touch of the past so lovingly restored and so quaint it makes
you want to visit it. Such incredible lighting it looks like a model. Beautiful.

It's amazing this lovely place is still standing. A great shot.

Very nicely done, you should see if the folks at the colonial village are interested in your photos.