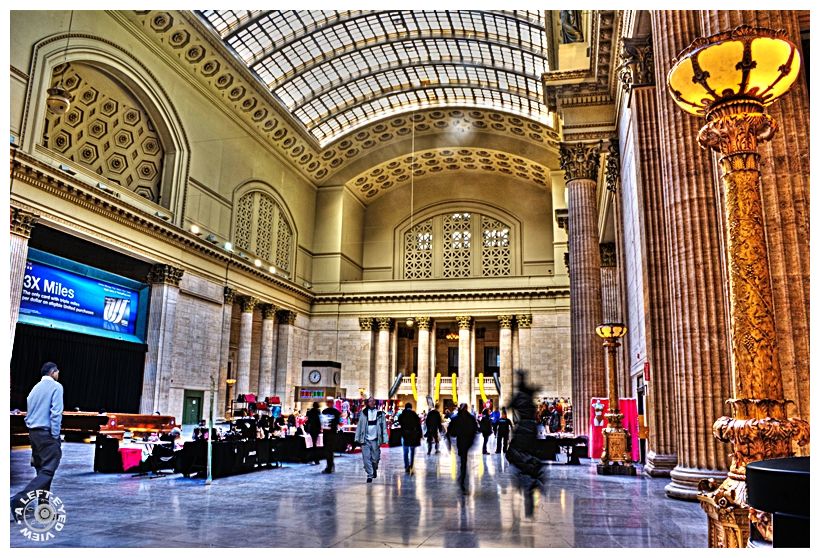 Posted by Steven (Chicagoland, United States) on 7 March 2011 in Transportation and Portfolio.

My apologies to Curly when I said I had a shot of many commuters captured in a "motion blur." Obviously not many here.

love the movement in your commuters, makes the image

beautiful series of this fantastic building

I suddenly find myself wondering about the acoustics in there . . I imagine the sounds of voices and footsteps echo around ?

i side with roman - a terrific series of this classy building! this photo strikes me as particularly successful in conveying the dimensions of splendours of the place, and the motion blur adds considerably to its charm!

Oh well, not to worry. This shot gives a better overall impression of the size of this great hall.

The motion blur adds to the image. Very good work.

I think the motion blur is just perfect, though Steven....not so many that it becomes a distraction...just enough to put the point across and draw additional interest. The promary subject here is the beuatiful building and columns and the people add interest and draw attention to the primary element...so beautifully rendered as always Steven!

beautiful series and also today such an amazing brightness with such impressive details!

A very beautiful shot of this gorgeous space. This is really well done.