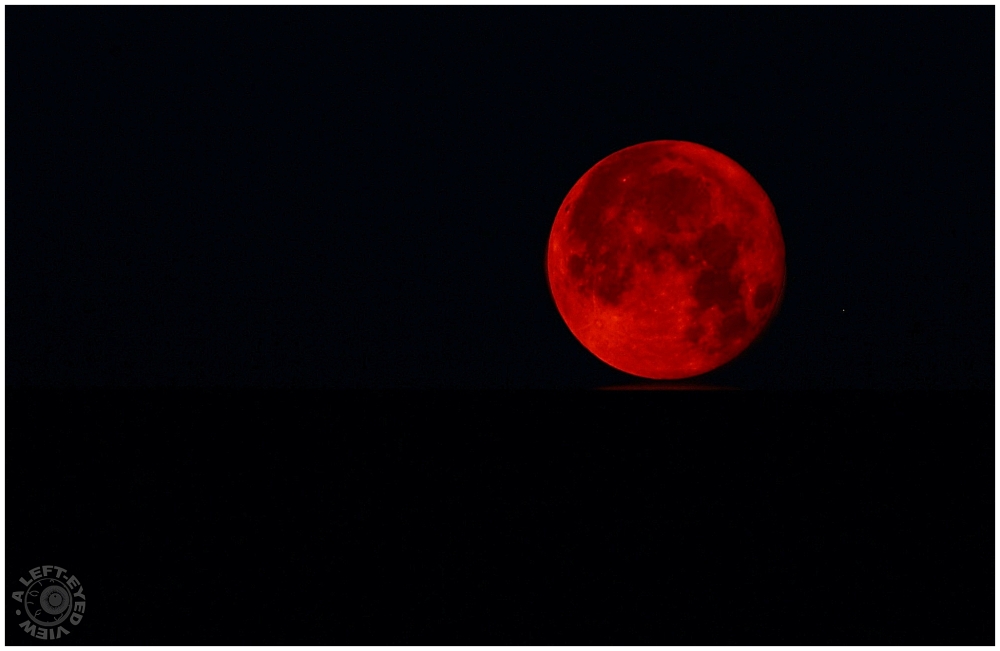 Posted by Steven (Chicagoland, United States) on 5 April 2011 in Plant & Nature and Portfolio.

The early morning moon captured over the Gulf of Mexico, off the shores of Fort Myers Beach, Florida. Local residents spoke of seeing the "red moon" the morning after my arrival. I was up at 5:30 AM the next day hoping to capture the moon, realizing it wouldn't come to fruition until 7:05 AM, as seen here. After telling others what was spotted, it was not to be seen again. The moon the following morning at 7:00 AM was no where near the shade of red it was the morning before.

How cool is that, to be there to capture such an unusual moment? Fantastic shot, oh - and glad you are back! Hope you had a good break.

@MissT: Had a great time until the last day when I had a terrible "break".....literally. And it involved my camera.

Can sure understand the mass panic of old times !

Very unusual Steve, worth getting out of bed for!

Absolutely beautiful, Steven and welcom back - I hope you had a great time - somethow I think you probably did. I think you missed atb least 3 nasty storms;-) This image is fantastic and I'll bet you are glad you caught this...wow, I have never seen this before - a Red Moon! Amazing capture. I believe it was that very night, 3/19/2011 that my wife and I drove out to shoot the Supernoon as it was termed up here...I got a shot or two but it was quite dark by the time I got there and got set up..I will be posting mine day after tomorrow...it has a few "additions" to the appearance.Great job here and, again, welcome home ;-0

@Denny Jump Photo: Indeed it was the day of the Super Moon, but it was the morning of. And that evening brought an incredibly bright moon.

Wow! That is a great shot! Glad you are back!

Strange but, very beautiful. A great shot for sure!

A sense of foreboding by : Helen :