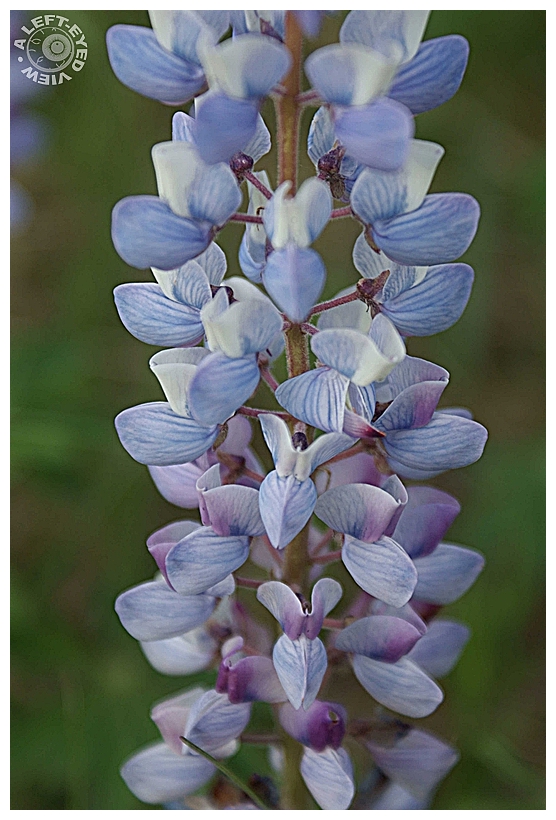 Posted by Steven (Chicagoland, United States) on 2 August 2011 in Plant & Nature and Portfolio.

Lupinus, commonly known as Lupins or lupines (North America), is a genus in the legume family (Fabaceae). The genus comprises about 280 species (Hughes), with major centers of diversity in South and western North America, and the Andes and secondary centers in the Mediterranean region and Africa.

I like the way they go in and out of focus - beautiful!

They are beautiful .. What I dont know is do they die in winter and grow back again??

@Sarito: Yes. They are wild perennials.

I like that you chose a portrait format for this, it works well.

Very nice in this vertical orientation. I just enjoyed the sight of these throughout Nova Scotia, where the also flourish.

We have tones of wild lupins around here. They sure brighten the journey while traveling.
It is a lovely shot.

gorgeous closeup in such a lovely tonality !

Fortunately they're growing in our gardens, too! :-)