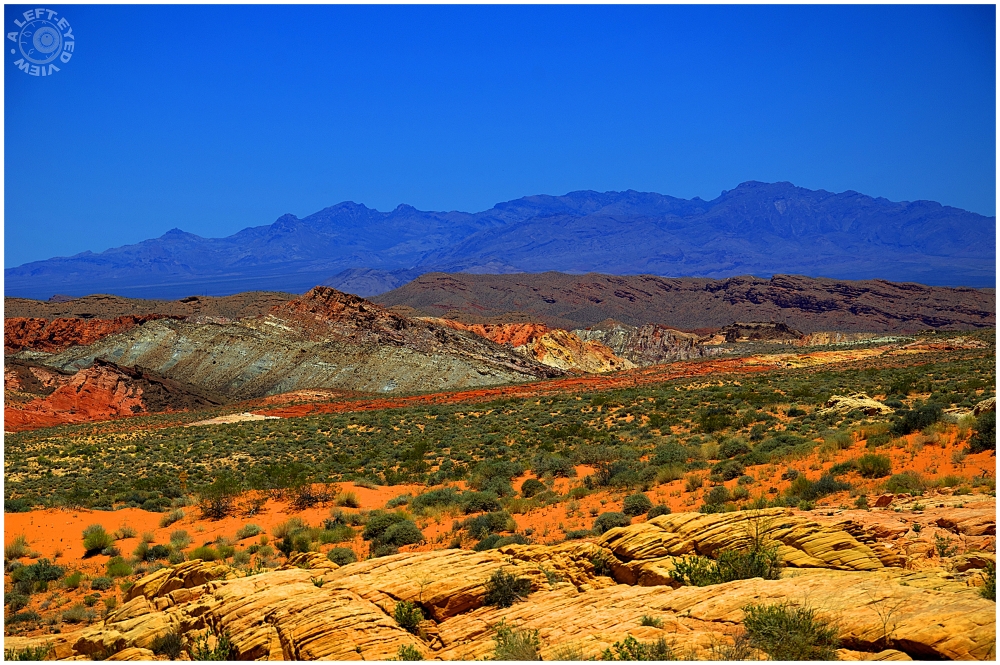 Posted by Steven (Chicagoland, United States) on 3 October 2011 in Landscape & Rural and Portfolio.

Rainbow Vista is a lookout over the north part of Valley of Fire. It looks north toward the White Dooms and Duck Rock areas. The colors of the sandstone is more of a range of yellows with an occasional red area. This is in contrast to the rest of the park where the sandstones are entirely or mostly red. In many places the reds, gold and yellows are mixed and blended in, looking like they were stirred quickly.

fantastic colors!
I think I could stay at this place for hours filling my SD-card.
great shot!

@Roman: I will be doing that next time instead of being on the watch of the tour company. :-)

Another fantastic shot! I always love the warm/cool contrast -

The colors are truly amazing. This looks like a place I must see.

What a breathtaking place, so rich in hues and textures.

Sure looks like a geologist's dream out there . . I always admire folks who can 'read' a landscape like that.

Gorgeous shot. The warm tones in the foreground contrast beautifully with the cool blue sky & mountains in the distance.

truly the colors of the rainbow ... almost ;-))
spectacular scenery and really inspiring colors ...

Magnificent layers in this landscape - you capture the colour and atmosphere with lovely clarity.

Those blue mountains make for a gorgeous backdrop to this foreground. Fantastic image Steven!

This is fantastic, Steven...and I just love your "kodachrome"-like colours in these images...especially the sky!! Awesome

A wonderful landscape. I like the stones colors here

wow! the colour tones sure are superb and they are very nicely layered just as your title suggests - in a rainbow pattern! beautiful sight!

This is a favorite of mine! Love this composition and colors! A beautiful image!