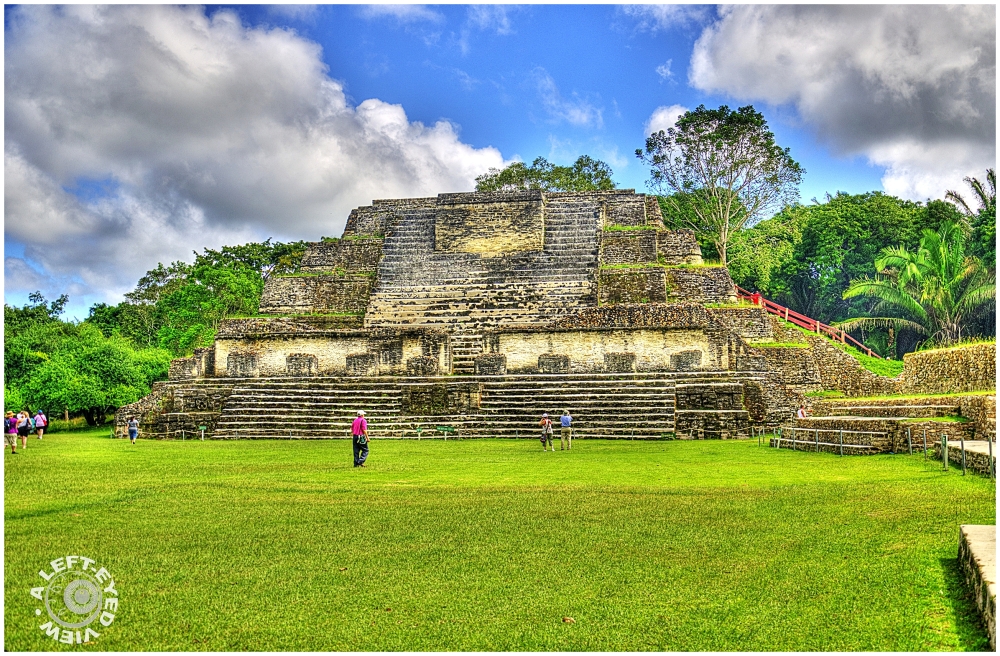 Posted by Steven (Chicagoland, United States) on 8 December 2011 in Landscape & Rural and Portfolio.

Altun Ha is the name given ruins of an ancient Mayan city in Belize, located in the Belize District about 30 miles north of Belize City and about 6 miles west of the shore of the Caribbean Sea. The site covers an area of about 5 square miles. The ruins of the ancient structures had their stones reused for residential construction of the agricultural village of Rockstone Pond in modern times, but the ancient site did not come to the attention of archeologists until 1963.

The largest of Altun Ha's temple-pyramids, the Temple of the Masonry Altars, (pictured above) is 54 feet high. A drawing of this structure is the logo of Belize's leading brand of beer, "Belikin".

In 1961, W.R. Bullard conducted excavations led by the Royal Ontario Museum (ROM), at Baking Pot and San Estevan, and although no excavations took place, the site was initially called “Rockstone Pond.” In 1963, quarrying activity by local villagers led to a recovery of a large and elaborate carved jade pendant. The current commissioner of archaeology, Hamilton Anderson, notified David M. Pendergast and a reconnaissance trip was made in 1963. Starting in 1964, an archeological team led by Dr. David Pendergast of the Royal Ontario Museum began extensive excavations and restorations of the site, which continued through 1970. There was a total of 40 months of excavation with a field season in 1971 of ceramic and laboratory analysis.

Photos were taken from on top of the temple, which I will share with you later.

I'm looking forward to seeing more of these shots; what a stunningly beautiful and interesting place.

Wow... This is really beautiful Steven, it must be an incredible experience to be there ! Have a lovely day :)

I do agree with Curly, and what a wonderful historical place. Reminds me my journey in Guatemala when I've visited some silimar temples.

A wonderful shot. I love the ages old look of the structure in such a lush setting.

an excellent HDR of this wonderful place

This is simply wonderful! You had a great trip.

lots of vivid green, what a great place to go, nice one

Beautiful color and a great history. What an interesting place to visit.

one cannot but admire the craftsmanship of the ancient builders ...
very nicely framed image, and strong tropical colors !!

I love the diagonal that runs from the clouds up left, down through the red railing over to the right - excellent composition.