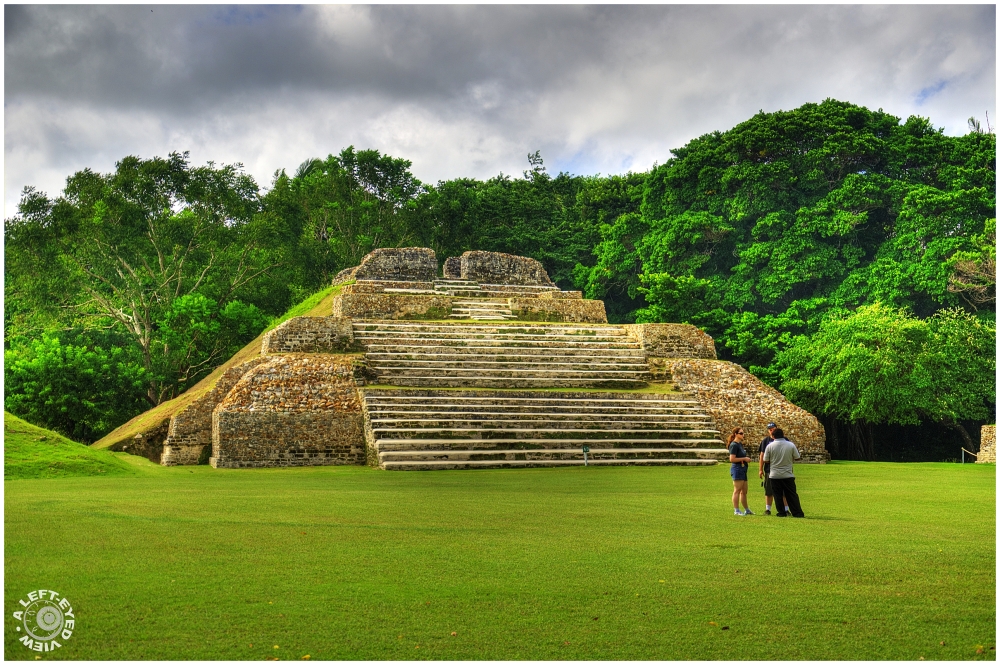 Altun Ha - Temple A3 in Plaza A

Posted by Steven (Chicagoland, United States) on 12 December 2011 in Landscape & Rural and Portfolio.

Temple A3 rises in tiers with a broad stairway on the plaza side. At the base of the stairs was a carved limestone altar for a unique offering. It depicted a person seating on the throne speaking to another individual, kneeling before him.

The original addition of plaster masks on the stair-side outsets of A3 and the existence of elite residences and construction of temples indicate the first evidence that in 450 A.D. the developed institution of kingship existed at Altun Ha.

another great shot of this beautiful temple - well done

Beautiful composition. The green is so full of life in contrast to the ruins of the temple.

Totally amazing, Steven! This had to be an astounding trip for you ;-) Great images!

I love the green. And the weather looks nice and warm!

Beautiful picture!! So pleasing to the eye!

Wonderful pyramid, would be so amazing to understand these incredible structures
and know what draws us to them !