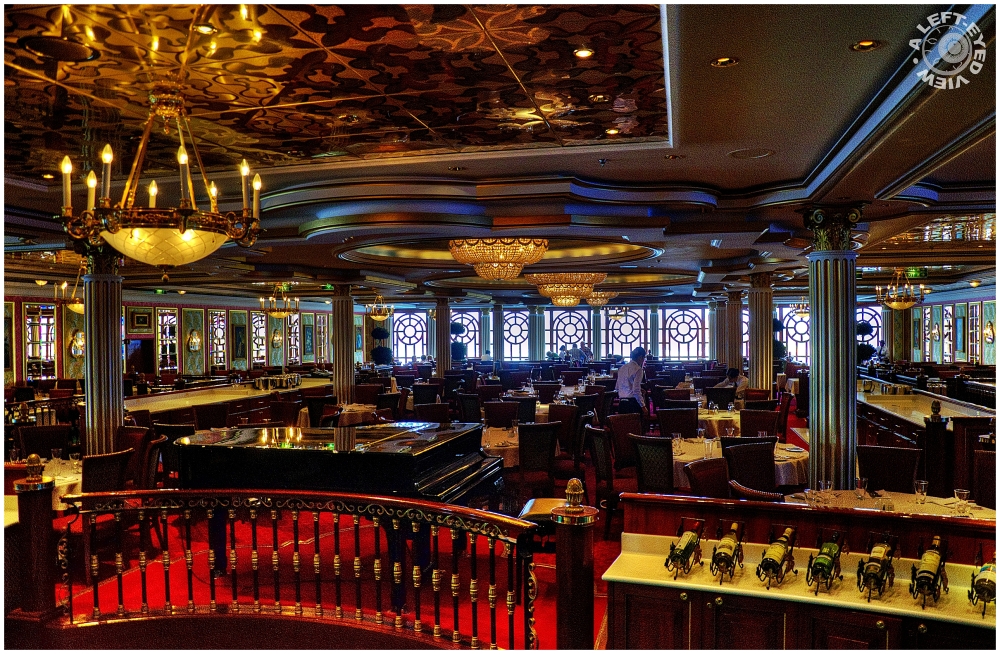 Posted by Steven (Chicagoland, United States) on 19 January 2012 in Food & Cuisine and Portfolio.

The windows in the background look out over the stern (or back) of the ship.

I love all the colors and reflected light in here - beautifully shot! I haven't been able to travel much for a number of years now, but some of the best food I've ever had was cruise food!

A very nice place for a restaurant. Great style.

Gorgeous tone mapping mate, rich and sumptuous colours. I love the depth of the contrasting shadow areas to add the balance.

They sure intend to make an impression !

A floating palace! Superb capture of the light, Steven. The restaurant seems very inviting with no indication of over crowding!

You've really transmitted the atmosphere of this place!

You are making me hungry! What wonderful ambiance. Beautiful composition!

looks lush and very comfy! impossible to imagine that anything could happen here ...

superb. such a delight to look at

Excellent interior shot. What a great looking spot for dinner.

Interior shots seem to take to HDR better than exterior. This is superb.

Quite a beautiful place to dine.