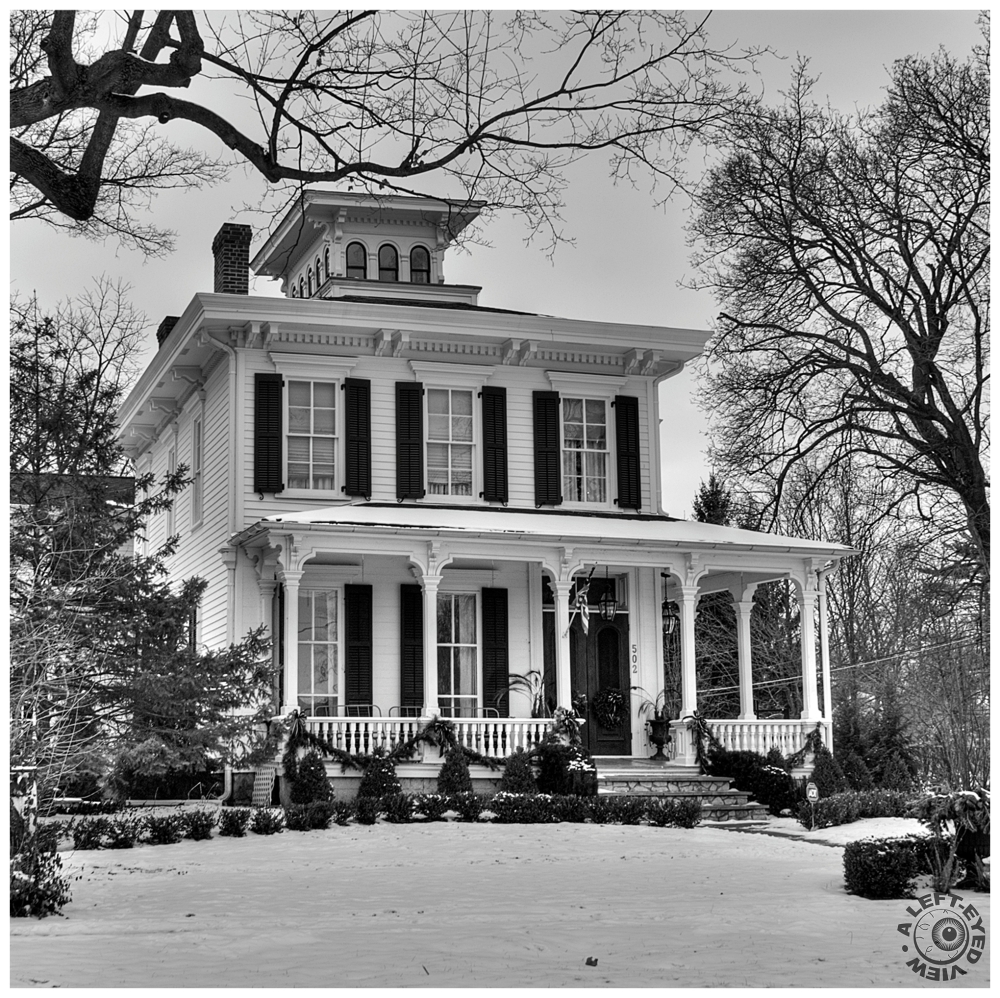 Posted by Steven (Chicagoland, United States) on 27 January 2012 in Architecture and Portfolio.

Of all the homes built during the Victorian era, the romantic Italianate style became the most popular. With their nearly-flat roofs, wide eaves, and massive brackets like those seen here, these homes suggested the romantic villas of Renaissance Italy. The Italianate style is also known as Tuscan, Lombard, or bracketed.

Italianate architecture knew no class boundaries. The high square towers made the style a natural choice for upscale homes of the newly rich. However the brackets and other architecture details, made affordable by new methods for machine production, were easily applied to simple cottages.

Italianate remained the preferred house style in the USA until the 1870s. After the 1870s, architectural fashion turned toward late Victorian styles such as Queen Anne. This home was spotted in Geneva, Illinois.

Very cool. It must be nice to live in an area with so much great architecture.

Very stately and especially so in B&W.

A fine example which sits nicely in your snow, good choice to go black and white.

Indeed, a very distinctive style . . the high ceilings and tall windows must make for such gracious living. Most of us, now, live in homes designed by accountants.

A very nice house indeed. I would love to live here !

Superb composition - a grand and attractive style of architecture.

A superb capture of this beautiful and very elegant home. This photo works beautifuly in b&w. The contrast between dark and light brings out so much detail in this image and the winter atmosphere. Well done !!

Wonderful image. The owner would probably appreciate an enlargement.

glad to see the old lady sitting there in all her splendor! very beautifully and effectively captured!

Amongst my very favorite architectural styles, and very handsomely depicted in this gorgeous old building and your elegant black and white framing.

Beautiful image. What a lovely home. I like the architecture. I think my favorite thing is the front porch. I have always wanted I front porch where I could sit. Great b&w!

Fantastic composition and your choice of b&w is perfect.

I was really excited when I saw your post, Steven. We lived in my in-law's home in NY state in the early 60's in a very similar home. Please click here to see an image I posted a while back.

@Judy aka L@dybug: Amazing how similar the two homes are in design!

Between this and empire style they are my favourites, and both are rare to see much of anymore.
There is no mistaking that this is a very much loved home, the restraint of the Christmas decoration
heightens the period feel, the romantic villas of Renaissance Italy come into focus. The wonderful
Regency style in the very early 1800's had turned into the Italianate style by the 1840's with a few
picturesque adjustments. Magnificent find and beautiful photograph, the home draws the viewer in !~

Wow. So beautiful. Would love to live there, but in Italy.