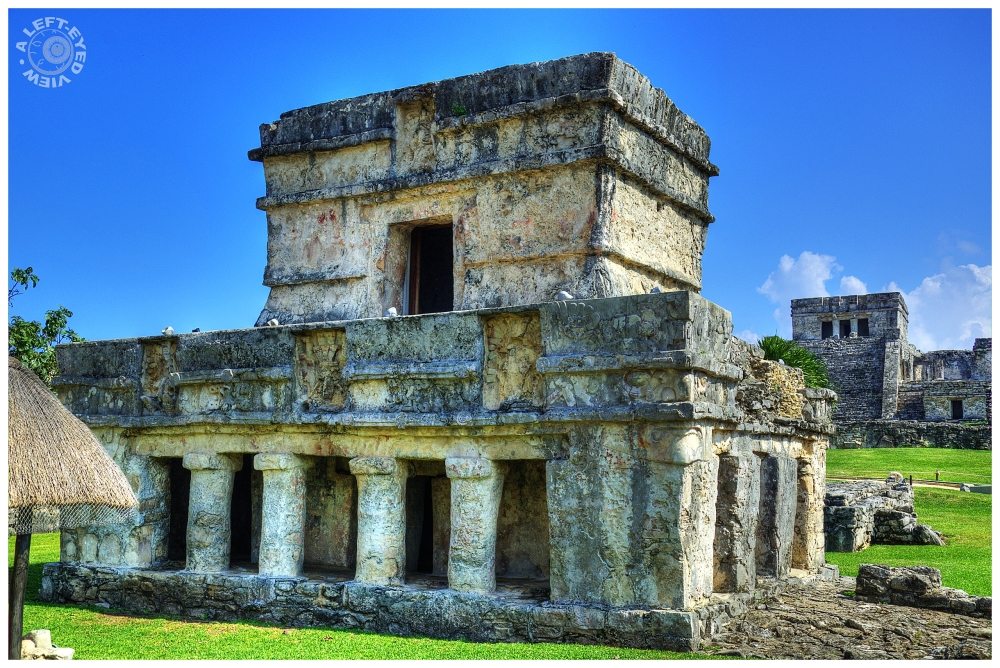 Temple of the Frescoes

Posted by Steven (Chicagoland, United States) on 31 January 2012 in Landscape & Rural and Portfolio.

The Temple of the Frescoes lies between El Castillo and the entrance to the Tulum site. Here fragments of color can be seen on murals depicting Mayan life. These paintings show Mayan Gods and symbols of fertility such as rain, corn and fish. These paintings were originally on a one room temple, that was later protected by the construction of a gallery around it.

Amongst the frescoes is a portrayal of a man on a horse, which indicates that these drawings were still being worked on after the Spanish invasion. (The horse was introduced by the Spanish and clearly had a disarming effect on the Mayans - originally it was thought that horse and rider were one being and later, when one of Cortés's horses died, its skeleton was worshipped as a god).

Seen in the background is El Castillo (The Castle).

What a super frame - such a historic site.

what a great capture
well done

perfect perspective, interesting colours and textures of the walls, and an intriguing story! apparently the idea of centaurs is universal ... ;-))

Extraordinary detail and textures you capture here. Fascinating piece of history as well.

This is magnificent, Steven..I love the perspective here. two for the price of one! What a sky!

You really brought out the texture in the old buildings!

This is a fantastic image ... you brought the feeling out so well.

Your work on this image is simply magnificent ! The sharp detail and beautiful colours
are over the top work !

A beautiful image of this temple and surrounds. Seeing a horse was probably like us seeing a Martian.