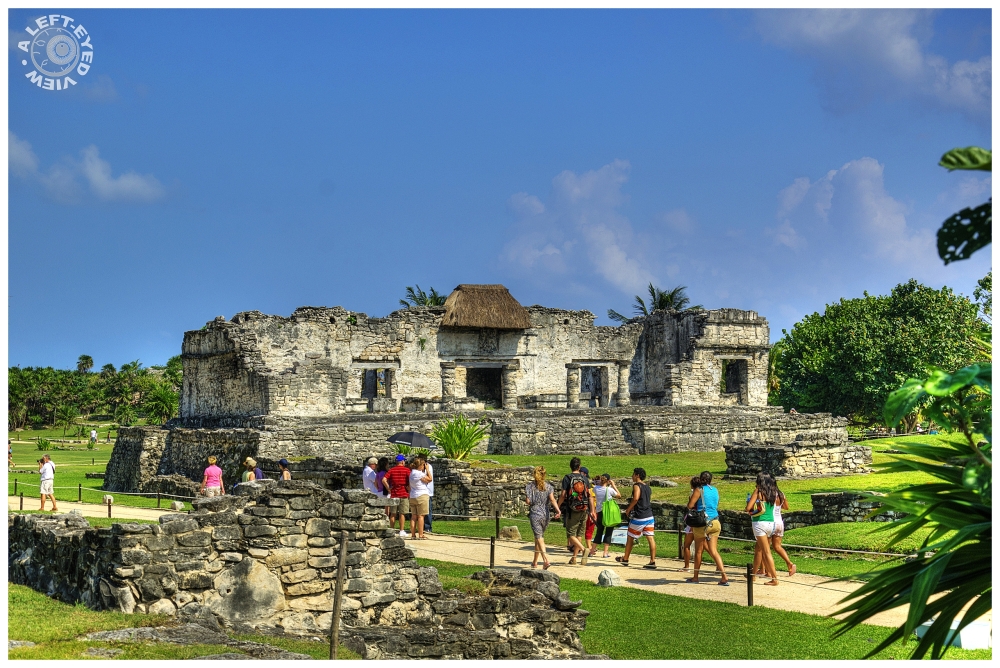 House of the Columns / Great Palace

Posted by Steven (Chicagoland, United States) on 2 February 2012 in Landscape & Rural and Portfolio.

Just north of the Temple of the Frescoes, the L-shaped House of Columns is also called the Great Palace because it was the city's largest dwelling. Indeed, its rooms and galleries are spacious, despite their flat roofs. A departure from typical Maya vaulted roofs, flat roofs were popular in Tulum. Unfortutately, their interior design brought them tumbling down much sooner.

The Great Palace was the largest residential structure in Tulum. The main feature of this building is the outer gallery. The inner chamber is long and in the center of the rear wall is a small shrine.

It's a wonderful place, everything so lush and verdant, and the colours are made more lively and exciting with your tone mapping. Your best ever holiday?

Loving this series of images.

Another great view of a fabulous historical and green setting.

Superb capture of the ruins - we can imagine how grand the palace must have been. Great composition as well with the movement of people through the frame.

It really looks like a gorgeous house, I could see myself being the proud owner of this
dwelling anytime. Beautiful photo, gorgeous colours, I am lost in the fantasy of this
destination, I can envision myself, as the lookout tells me my daily visitors have arrived !~

This is a great scene, here, Steven and beautiful capture..I really like the inclusion of visitors here - it actually gives it an even more interesting appeal - Great work here!

Another beautiful structure. The people walking by add some bright colors to the scene. Very cool.

Better than yesterday I guess! Great PP! Two thumbs up!