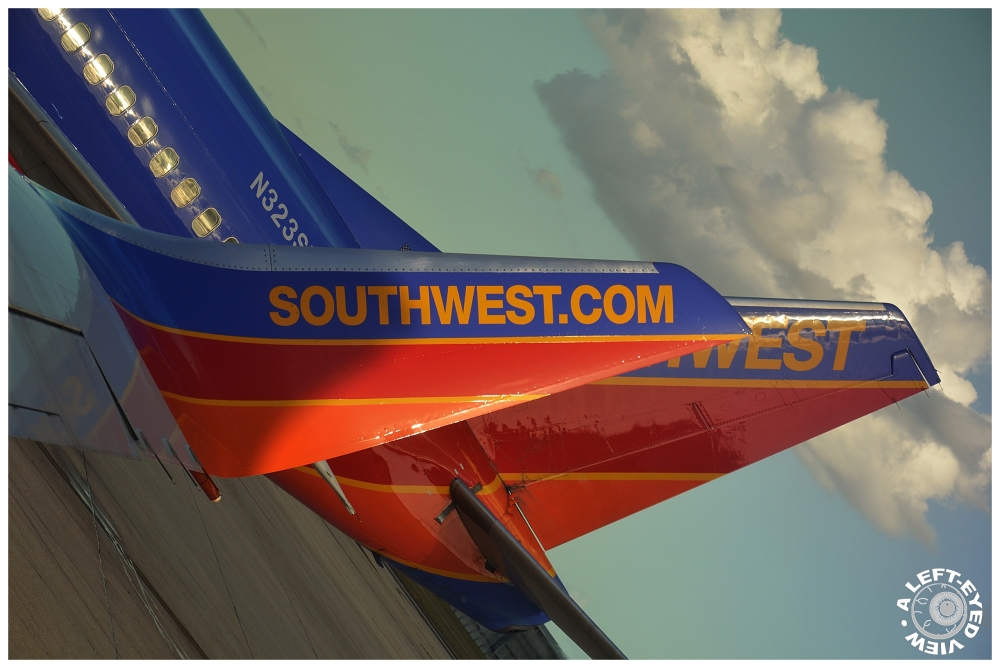 "You're Now Free to Move About the Country"

Posted by Steven (Chicagoland, United States) on 14 February 2012 in Business & Industry and Portfolio.

View while sitting outside on the wing of a Southwest Airlines airplane. The airline stewardess told me to get back in the plane after I threw open the emergency door. I asked her if I could just get this one shot and then slide down the inflatable chute. She only agreed with the former.

We were at the gate in Tampa, Florida waiting to take off for Chicago, Illinois. Photo captured November 20, 2011.

That was very daring of you! Fantastic color and light in this photo.

Unusual angle of view Steve for such a subject but why not ! Happy ST and Valentine to U.

Looks like you are ready for a lift off into the stratosphere, happy Silly Tuesday!

Love your pleading your case with the stewardess, magnificent light, colour and
angle of your photo !~

A vivid experience and vibrant shot!

This is so awesome!! And I LOVE your narrative....Seeing as this was Tampa, was there a little inflatable pool at the bottom of the slide? A Great piece here ;-)

Ha ha - did you really get this from out of the emergency exit? Can't believe they didn't throw you off. LOL Excellent juxtaposition of your plane's wingtip and the tailwing of the other.

You took a few liberties and got away with it, just to share a cool shot with us? Wow, you rock! Ha ha... nice ST shot !

Wow! Fantastic framing and cool way of presenting it.

Ohhh.... This is great ! I love the angle and the beautiful colors ! Happy Valentines Day :)

I'd probably be careful what I do on planes in future! There's no margin for fun in the industry anymore........regardless, interesting shot!

funny story, brilliantly conceived photo!
i'd be more careful with this airline, though, as they have been trying hard to get a very peculiar reputation lately ... ;-))

I love this! Such a perfect angle! Happy ST and Happy Valentine's Day!

LOL, great Silly Tuesday tale! I bet you had a tail wind out there. Oh, sorry - that was bad. ;-)
Happy Valentine's Day to you!

That rocket is ready for launch!

Outstanding perspective. The angle gives the illusion of flight.

You are a clown ... I love the shot, but the story? Well, it sounds good for Silly Tuesday! ;D

Stewardesses^^ no sense of humour. but at least you gota shot :)