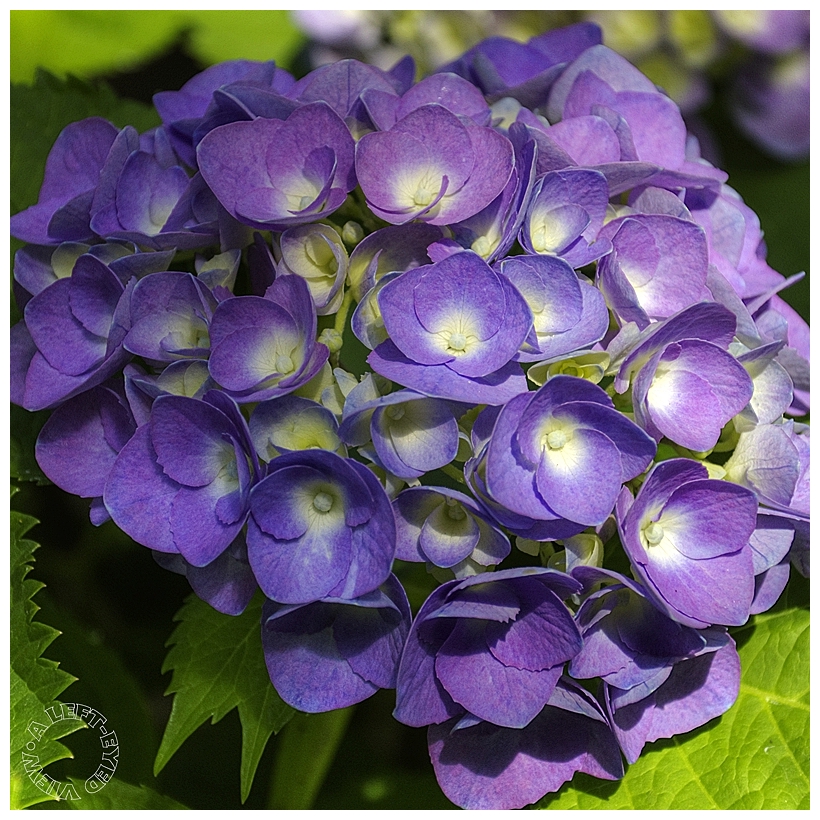 Posted by Steven (Chicagoland, United States) on 20 June 2012 in Plant & Nature and Portfolio.

Hydrangea is a genus of about 70-75 species of flowering plants native to southern and eastern Asia and North and South America. In most species the flowers are white, but in some species, can be blue, red, pink, light purple, or dark purple. In these species the exact colour often mirrors the pH of the soil; acidic soils produce blue flowers, neutral soils produce very pale cream petals, and alkaline soils results in pink or purple.

Spotted at the Garfield Park Conservatory on April 27, 2012.

Superb presentation to catch this with no 'spent' flowers !

Beautiful light.. the gradient of the colour in each petal is amzing

A wondeful framing with great light !

Almost like a floral arrangement with these perfect blooms. Excellent exposure and great shot!

What marvelous colours this beautiful flower has ! Beautifully captured and presented.

wow, how i love blue hydrangeas! this is a cracking capture of them!
(if i plant a blue one in my soil here, it turns pink after a few years ... blue ones need acid soil, pink ones grow on alkaline soil ... so here i am, 'stuck' with pink ... ;-))

Very beautiful hydrangea blooms and color; I love this plant ~ they don't do so well in my garden though!

Stupendous close up shot, Steven..These individual little mini blossoms are SMALL...Great job making them big and clear and gorgeous - if anyone can do it you can!! Thank you for this sir!

Oh, one of my favorite flowers. A splendid macro shot, Steven !!

Each color is attractive, this one is beautiful, and those in my garden are Red. Lovely image.

Absolutely beautiful light and color! This is just gorgeous!

They are so beautiful.

A beautiful photo. I have some blue ones.