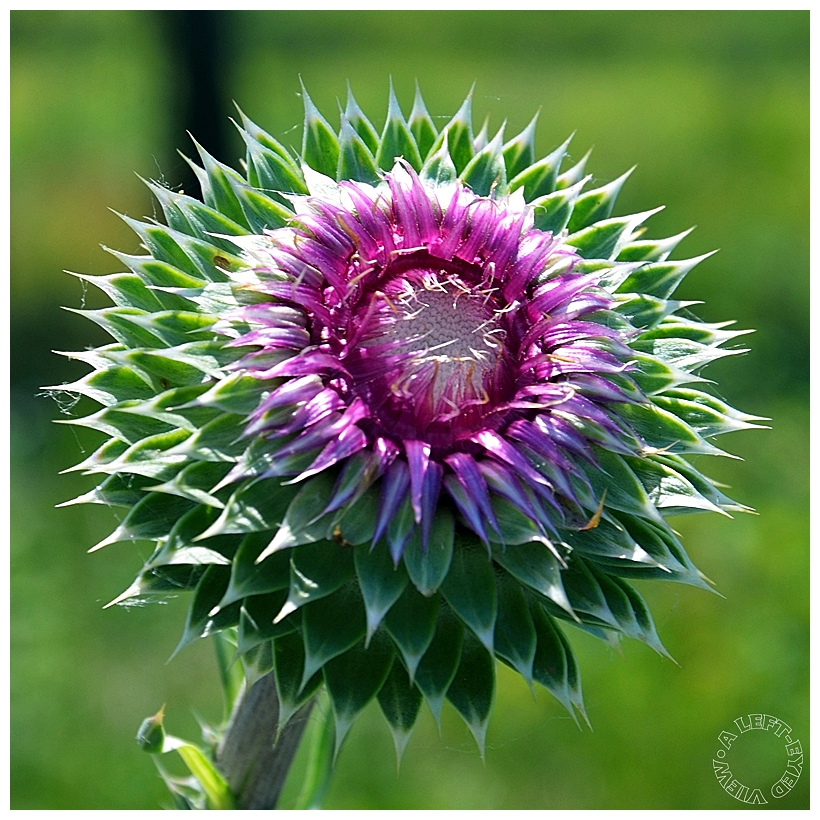 Posted by Steven (Chicagoland, United States) on 29 June 2012 in Plant & Nature and Portfolio.

Bracts completely surround and protect the flower of this musk thistle. As the flower blooms, the bracts will invert themselves revealing the flowering bloom within (as will be seen in next Monday's post).

I remember these all too well, I always found the flower beautiful but the plant is
about as terrible as it gets !

You are doing wonder with floral life. Fabulous details here !

Yes, I've seen a few of these, I cannot imagine why anyone should want them in a garden.

An amazing flower with beautiful colours. Beautifully captured and presented.

Wonderful close-up. There is a unique almost origami-like design to this flower!

A wonderful flower, but from the comments, I gather not too desirable.

Superb photo and great light. I like it. Have a lovely day Steven. Amicably Antoine.

Beautiful angle capturing the layers and shape. I wondered what these were called. I like to photograph them too.

I like the musk scent. A vibrant macro Steven.

Beautiful image! Nice light and detail. I like all the colors. Interesting information. I am not sure if I have ever seen one before.

What an amazing display, it is stunning.

That is a beautiful shot.

Beautiful bloom. Too bad its a noxious weed (unless you are Scottish)

Fabulous close up of this wonderful strange flower. Light and colors are great !!! ...and thanks for the interesting information ...

I can sure see the sunflower relationship, now . . what wonderful unfolding.