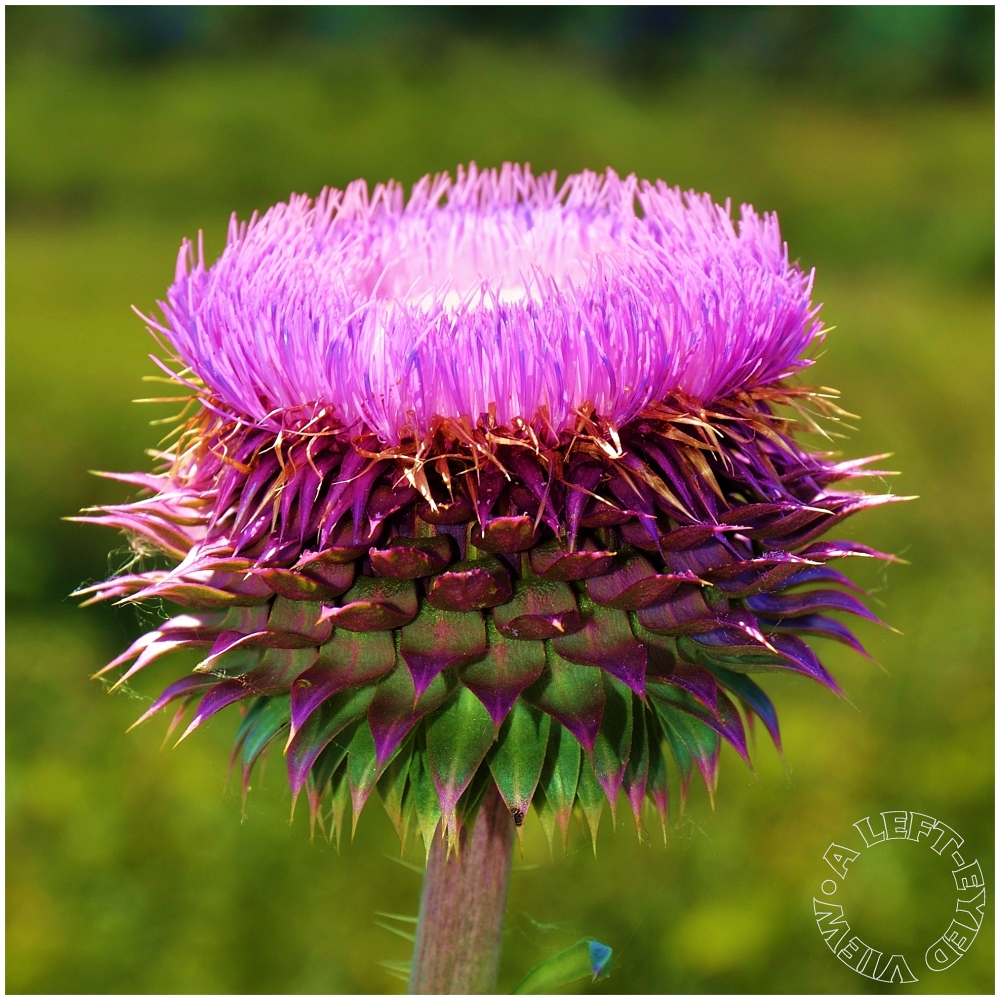 Posted by Steven (Chicagoland, United States) on 2 July 2012 in Plant & Nature and Portfolio.

Bracts that once completely surrounded and protected the flower of this musk thistle (as seen in last Friday's post) begin to invert themselves revealing the flowering bloom.

Stunning! Wow, this is nice.

very pretty this flower, seems like a shag carpet on top...

Now that's a new hairstyle of the day :)

Such a beautiful photo, yet wise to keep your distance, superb hot colours !~

A wonderful closeup of this marvelous flower. Beautiful detail and colours.

Wow, what a crazy but beautiful looking thistle. The colors you captured here are magnificent, Steven!

What a stunner, nice one

ooh, so beautiful. Love the color of this plant.

One of my favorite shots! This gorgeous how you show the layers and shape!

Gorgeous color and detail! Who would have thought that a agricultural pest could be so beautiful!

Wow, we used to call these "sticker-bushes" but you are making them look beautiful! Well done -

So beautiful and clear Steven...A magnificent one here. A nice "do" too, don't you think ?