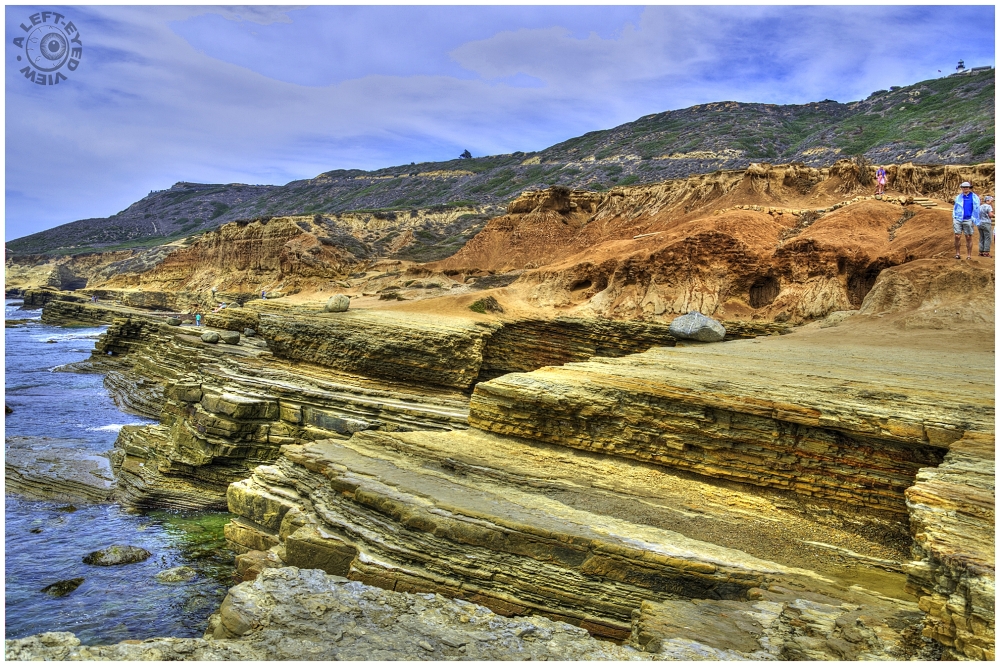 Posted by Steven (Chicagoland, United States) on 11 September 2012 in Landscape & Rural and Portfolio.

San Diego marked the starting point for our drive along the Pacific Coast Highway heading north to San Francisco. Little did I know how many pictures I would take along this journey over the course of eight days. We drove to Point Loma and visited the Cabrillo Formation.

The Cabrillo Formation is composed mainly of sandstones and conglomerates, and is approximately 70 million years old. Fossils from this formation are not well known and consist of remains of marine invertebrates and vertebrates. The Cabrillo Formation crops out along the eastern and southwestern sides of the Point Loma peninsula in both sea cliff exposures and road cuts. It is also exposed on the western, northern, and eastern flanks of Mount Soledad.

What an amazing landscape.

A great place to drive - you should have many nice photos. This one is great and interesting.

It's a great shot.

Man.............our sandstone and limestone coastline here is good, but not this good!
Great vivid colour in the shot.

Incredible layers and colours you get here, Steven. Sense of scale works well with the onlooking figures.

Wow, gorgeous layers, and textures. This is a stunning image. Well done, Steven!

Wow, this is really superb ... and I like the people in the shot to offer scale to it.

Gorgeous image. The cliffs are fantastic and your composition and human presence have produced a wonderful visual effect.

These layers never looked more beautiful - a brilliant piece of work Steven - by nature and by you :-)

Fantastic detail for this shot , and a superb landscape.

I like the point of view - I like being able to see all of the layers in the formation.

I love all the textures and the lovely colors that are exposed. Beautiful composition.

Great landscape and excellent processing. I like the figures included for scale and humanity, but I wish there was a little room between them and the edge of the frame.

Super colors in the rock.