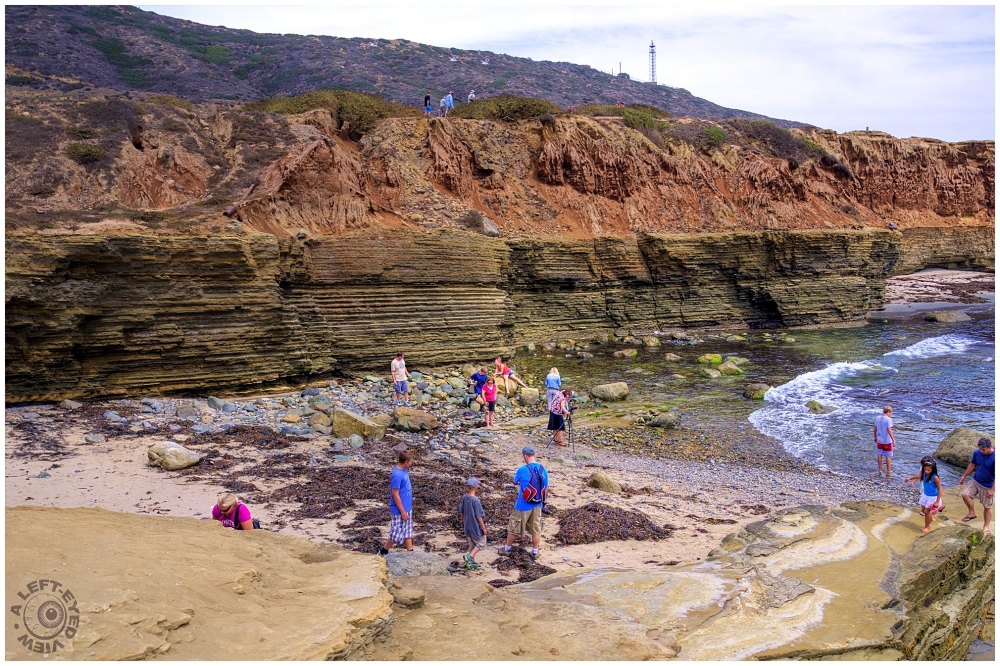 Posted by Steven (Chicagoland, United States) on 13 September 2012 in Landscape & Rural and Portfolio.

The Cabrillo Formation is composed mainly of sandstones and conglomerates, and is approximately 70 million years old. Fossils from this formation are not well known and consist of remains of marine invertebrates and vertebrates. The Cabrillo Formation crops out along the eastern and southwestern sides of the Point Loma peninsula in both sea cliff exposures and road cuts. It is also exposed on the western, northern, and eastern flanks of Mount Soledad.

I really love the cliffs, great colours, I would love to go there

Must be popular with photographers, a good looking location - are you related to the lady with the tripod?

Incredible landscape and love the colourful scattering of the crowd on the beach.

A spectacular place. The colors brought by the people are a nice addition for the image.

I agree with the Francisco - the people wondering around in their variously colored clothes make the shot. Great eye, Steven!

wonderful place and your framing !

Of all the photos I've seen of southern CA, I have never seen these cliffs that you have shared with us. The Cabrillo Formation is a beautiful sight!

A beautiful spot to view the formation, water, and people. Nice shot.

I love this sense of scale, and can't get over the density of these rock layers. Amazing place !

The layered rock formation of the cliff is absolutely impressive ... Beautiful shot of this interesting place !!!

Loving the series. The colors in the rocks are great.

Stunning colors and layers in this image.

Amazing evolution of nature and the people make this scene so interesting! Great information and photo!

The best photo of beach that is seem this week ..

This really gives a great view of the formation. It is so interesting. Great shot.

Very interesting. It looks like a fun place to explore.

That looks like a great place to visit. Maybe it will have to go onto my list.

incredible work of art by nature ... like the layers of a wafer !!!