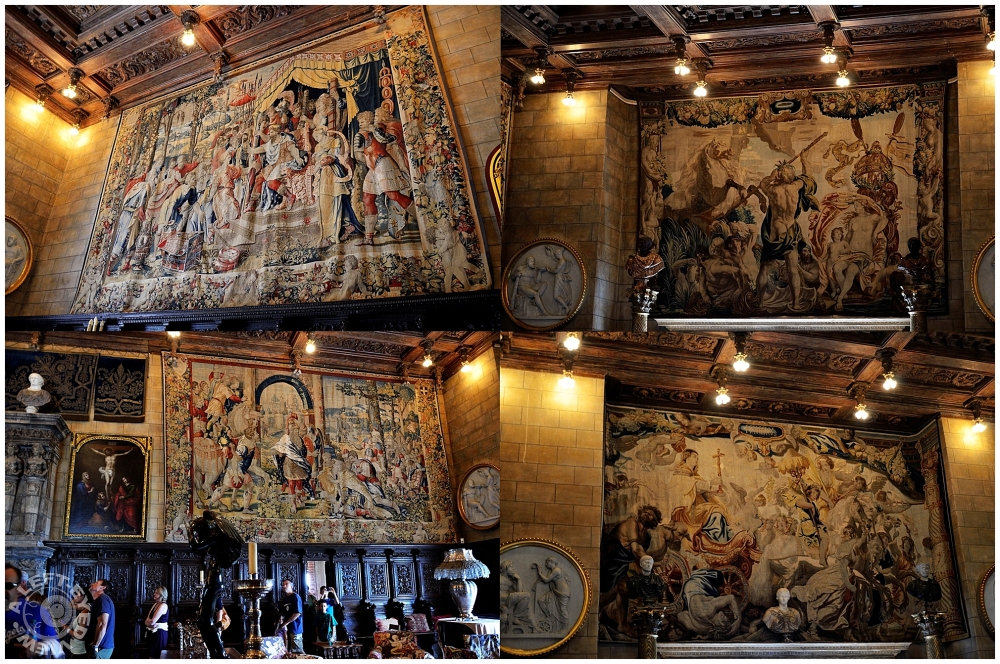 Posted by Steven (Chicagoland, United States) on 26 November 2012 in Art & Design and Portfolio.

We were not allowed to use flash photography inside the residence, hence the not-so-bright shots captured here.

The lighting seen hanging from the ceiling are simple incandescent light bulbs, which William Randolph Hearst was said to like and did not want covered with diffusers.

The amazing marble roundels in white Carrera marble were at one time in the home of
Thomas Hope and are part of that amazing Regency Designers output of genius in his
lifetime of collecting, now in the amazing collection of another amazing collector who was
Randolph Hearst. Beautiful photos Steven, hope to see more, would have loved to see
these as individual shots, they are so important. Beautiful, love it !~

Fantastic collage of these wonderful tapestries ... they are really artworks !!! The details, light and colors are wonderful ...

Priceless valuable treasures hanging there for generations to come and go and mavel and praise the beauty.

Gorgeous! I remember visiting here years ago. My in laws lived in Morro Bay.

Wow, so much detail, lovely work

Wow... very interesting place with marvelous tapestries and crowded also. Thanks for showing.

These are incredible, and very well presented/lit... excellent images !

very attractive captures of these "old masterpieces", despite the limited photographic possibilities !

great pictures. I was just there a few months ago. I was wondering what Camera and what lens?