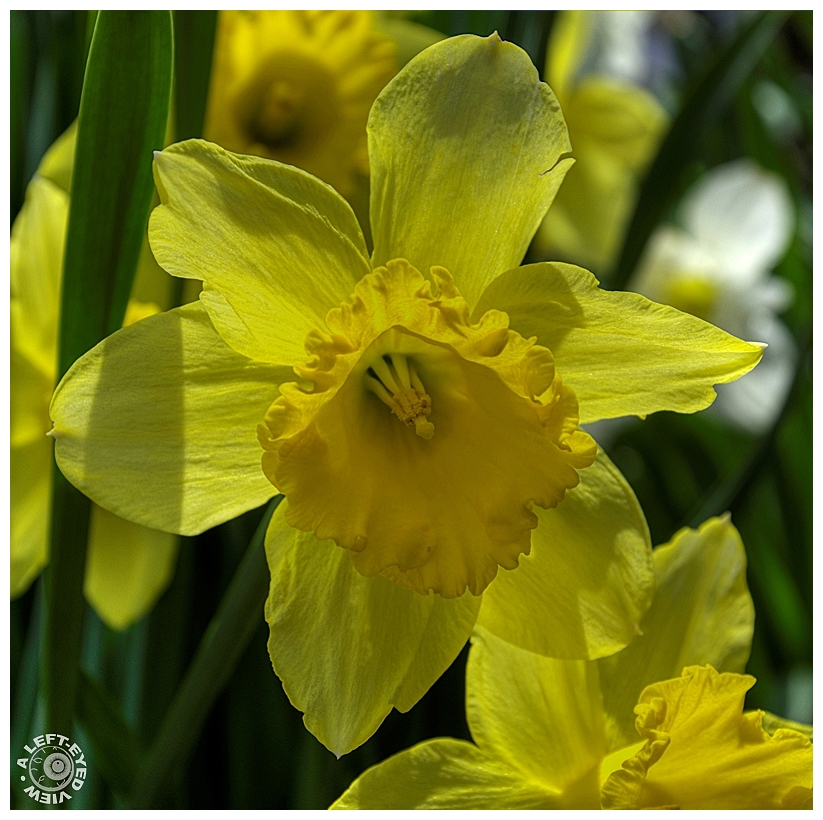 Posted by Steven (Chicagoland, United States) on 30 April 2013 in Plant & Nature and Portfolio.

Daffodils are all in bloom further away from the cold of Lake Michigan in Brookfield, Illinois.

For those of you whose mouths were watering at the thought of having cherry-stuffed french toast after seeing yesterday's post, find The White Gull Inn's recipe here at ABC's Good Morning America website.

Gorgeous light and colors on the daffodils, Steven - nicely done and thanks for the recipe! :-)

I absolutely love the backlight and this is a superb capture of Daffodils.... it's my happy color! They are in bloom everywhere, a perfect flower for Spring! I must go and look up that recipe.... read it and drool! :))

They look super delicate, and yet never, ever, do they disappoint !~

Very beautiful light with such a colorful composition.

This is just beautiful! The light and the color is superb. And that french toast looks out of this world! I plan to try the recipe!

It makes me happy to look at these beautifully detailed sunlight petals.

Sunshine for sure. Lovely.

Beautiful texture and details in the petals ~ lovely bloom!

Wonderful in the backlight.

That yellow color is beautifully happy and so is the image !

as beautiful as the sun himself !!!