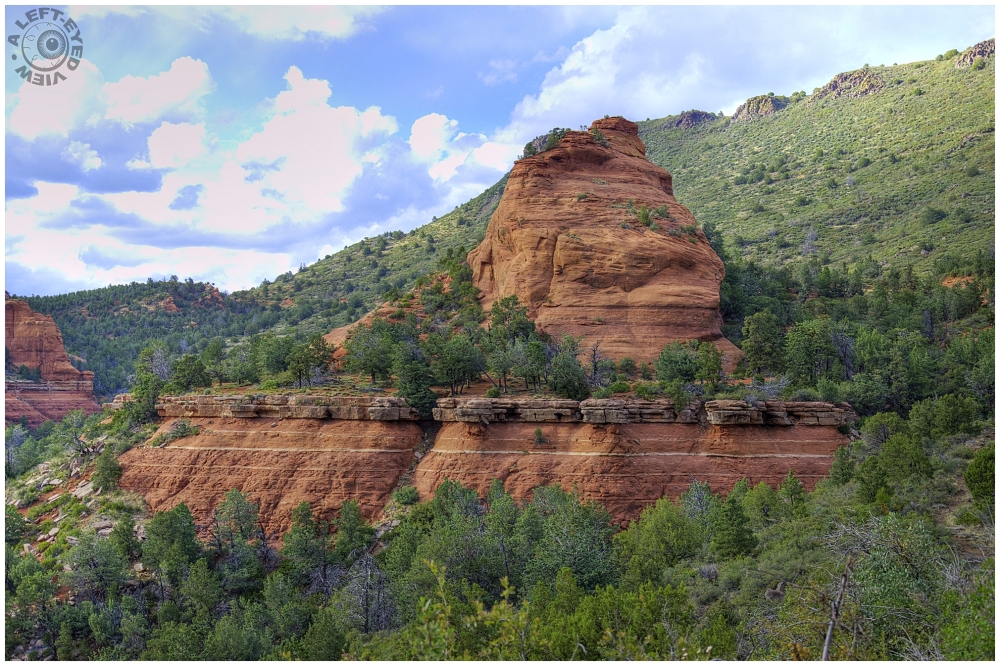 Posted by Steven (Chicagoland, United States) on 24 June 2013 in Landscape & Rural and Portfolio.

The Merry-Go-Round Rock as seen from Schnebly Hill Road in Sedona, Arizona. The rock formation is created from ancient Fort Apache limestone. The limestone is the sedimentary remnants of an ancient inland sea. It is considerably more erosion-resistant than the surrounding rock layers and thus forms the capstone of many Sedona geologic formations.

Some of these formations look hand-made . . this is a real beauty.

Beautiful natural scene and the plateau of trees at the base of the rock is very attractive.

A beautiful formation and photo.

Stunning view of this magnificent layered rock formation ... the colors and light are gorgeous !!! Excellent shot ...

i loved to mountain bike that road back in the 80s

The colors and the layers of rock are just beautiful! This is a gorgeous image!

Very beautiful image! Love the textures. I want to go to Arizona someday!

Man, that is a wonderful place. I wish I could be there.

That sure is one beautiful formation. Lovely composition Steven!

love the clarity of the strata and the subtle yet powerful colours !