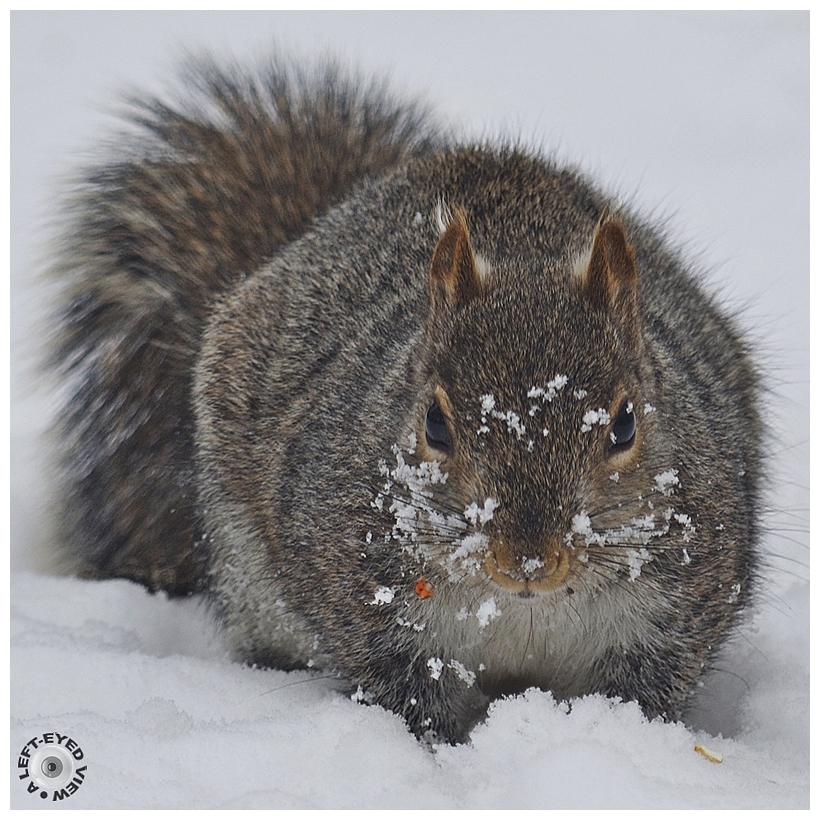 Posted by Steven (Chicagoland, United States) on 5 March 2014 in Animal & Insect and Portfolio.

Captured after this squirrel had his head buried in snow momentarily while digging for seeds. Amazing how these critters can remember where I sprinkled bird seed on the snow and then the seed gets buried with the next round of snow fall.

The cutest capture and a very smart squirrel!

Excellent shot! I like this little red speck. Good focus !

Gorgeous view on this squirrel..looks like playing in the snow but is probably fár from that !

A strong, well focused, shot of this squirrel who has been searching in the snow for some goody.

They do seem to remember very well. A grand portrait.

mmm
a good shot
what the wonderful eyes

Impressive capture again, and how sweet of you to sprinkle some food for them. ;D

They are clever little dudes, aren't they?

Fabulous close up. A great portrait! I have had fun watching them eat the seed this winter! I agree, you wonder how they find their buried acorns.

This is another enchanting portrait.

"Give me your nuts and noboy gets hurt"