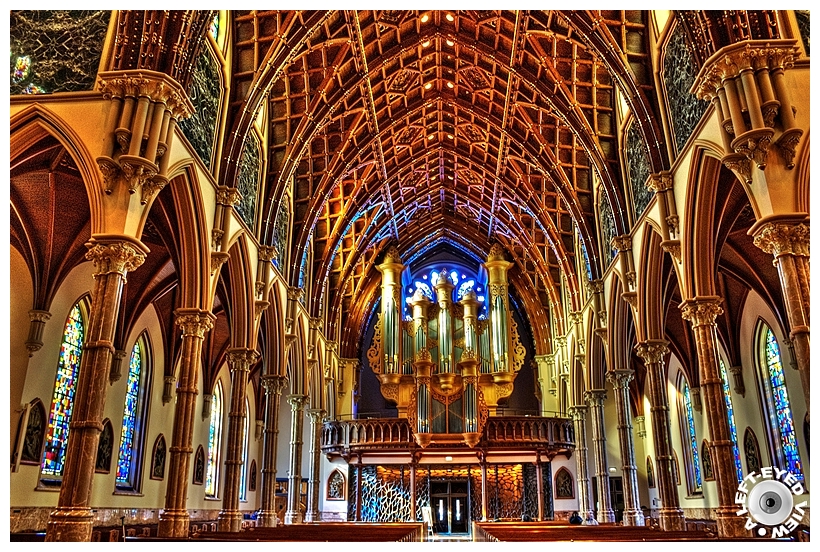 Posted by Steven (Chicagoland, United States) on 18 March 2014 in Architecture and Portfolio.

View looking toward the rear of Holy Name Cathedral in Chicago, Illinois.

Above the entrance is the grand Flentrop Organ which commands a strong profile and "sings down the axis of the Nave." In 1989, the organ was replaced by a new four-manual, 117-rank instrument by Flentrop Orgelbouw of Zaandam, Holland, the largest instrument by this builder in the United States.

what a majestic place! the vivid colours are quite captivating ! the fact that the place is almost empty also adds to the dimensions !!!

Your capture of this interior has produced a spectacular image. I'd like to hear that organ. This is a beautiful image.

WOW! I love the vibrant colors and the magnificent details!

What a wonderful color palette displayed in your rendition! Terrific work!

Wow, this has such a European feel to it; it's gorgeous, Steven.

Gorgeous image of the beautiful structure. Amazing colors and fine details. Have a nice day. :)

Wow - a little keyhole distortion, but wonderful detail and processing.