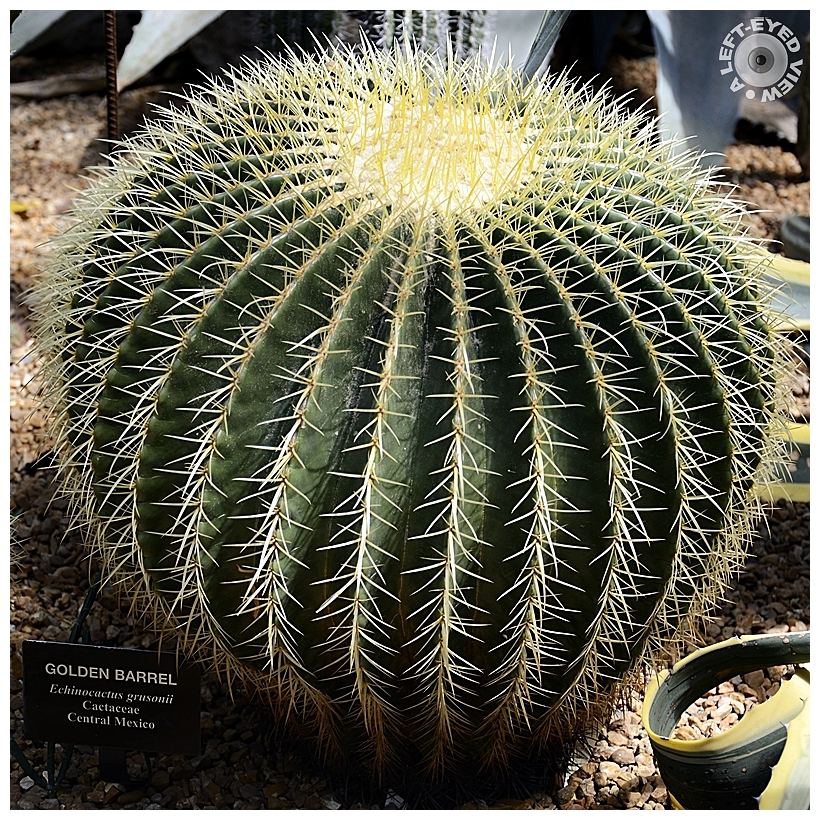 Posted by Steven (Chicagoland, United States) on 4 April 2014 in Plant & Nature and Portfolio.

Echinocactus grusonii, popularly known as the Golden Barrel Cactus, Golden Ball or, amusingly, Mother-in-Law's Cushion, is a well-known species of cactus, and is endemic to east-central Mexico.

Captured at the Garfield Park Conservatory on April 27, 2012.

Looks a real bad spot to trip and fall . .

An excellent capture of this beautiful cactus.

An excellent close up of this prickly looking cactus. Very well done.

You have captured the prickly texture beautifully

The pattern brings a wonderful effect.

That beauty is best caught with a camera and not with your hands.

My wife likes this pillow ... for me :-((( It's amazing how despite the spines, Cactus can be so beautiful and with so wonderful shapes ... Superb image !!!

Gorgeous close up. The detail is wonderful! I love the nickname! This is a beautiful image!

Very beautiful and amazing that it is rare; great information!

A wonderful shot of it, but ohhhhhh it is not a cushion; do NOT sit down. ;D

Wonderful close up ! Nice colors and details. Have a nice weekend. :)