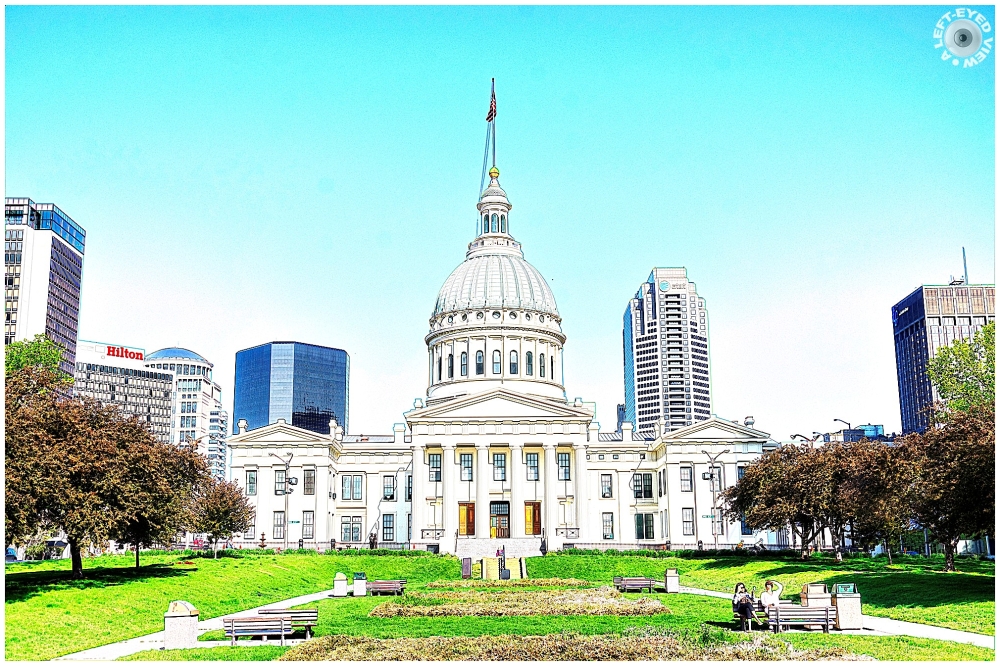 Posted by Steven (Chicagoland, United States) on 29 May 2014 in Architecture and Portfolio.

The majestic Old Courthouse has remained over the past 150 years as one of St. Louis' most prominent architectural landmarks. The Old Courthouse was the site of the first two trials of the pivotal Dred Scott case in 1847 and 1850. It was also where Virginia Minor's case for a woman's right to vote came to trial in the 1870s.

St. Louis' Old Courthouse is listed in the National Park Service's National Underground Railroad Network to Freedom. The Network to Freedom recognizes sites, programs and facilities with verifiable associations to the Underground Railroad. The phenomenon popularly known as the Underground Railroad has been broadly defined by the National Park Service as the "historic resistance to enslavement through escape and flight." The Old Courthouse is linked with the story of the Underground Railroad, and with that of slavery, as a property associated with legal challenges to slavery. It was a public forum as well as a courthouse. Slaves were auctioned from its steps in estate settlements, while one man's suit for freedom helped plunge the country into Civil War. The Old Courthouse was the site of hundreds of suits for freedom, but one gained notoriety. In 1847, Dred Scott, with his wife Harriet, sued for, and were granted, their freedom. After many appeals, the case was decided upon by the Supreme Court. The decision stated that slaves were property, and as such, had no right to sue. The Dred Scott Decision hastened the start of the Civil War.

Captured on May 4, 2014 and processed in PhotoScape's Watercolor Pencil filter.

Another good treatment !. Nice one !

Love the drawing coming into contact with the more defined photographically elements
of the trees and the use of watercolor colors, beautiful !~

The court house makes a fine central subject. I like seeing it's setting among the other buildings. Well done.

This has the feel of an old time postcard. Love the treatment

wow
amazing painting of an amazing view
so great shot

A remarkable result after processing. The drawing seems to be real.

Very creative use of the filter.

Another lovely capture of the court house. I like it.

Interesting to see the contrasts in the skyline!

I really like this one and again, super processing, Steven.