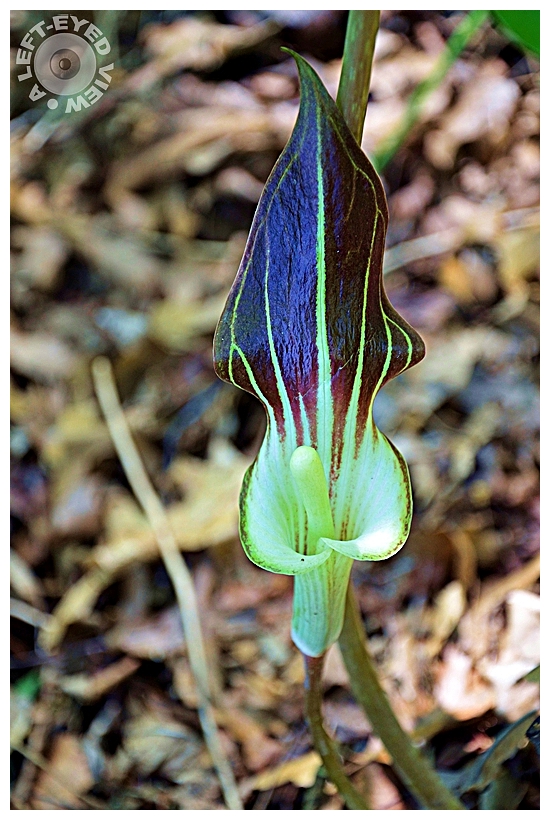 Jack in the Pulpit #2

Posted by Steven (Chicagoland, United States) on 8 July 2014 in Plant & Nature and Portfolio.

Jack-in-the-pulpit is an intriguing wildflower native to eastern and midwestern North America, but is easily grown in shade gardens elsewhere. It gets its common name from its odd flower: a pouch-shaped spathe ("pulpit") with an overhanging hood that surrounds a fingerlike central spadix ("jack").

Jack-in-the-pulpit produces one to two 3-lobed leaves 12 to 18 inches high. The leaves appear in early spring as does the flower, which is composed of a green-and-purple striped spathe bent over at its tip to partly hide the green clublike spadix. After the flower fades, a cluster of bright red berries appears and lasts for much of the summer. The leaves fade away in midsummer if the plant is not watered regularly but grow back in spring from an underground tuber.

Here the overhanging hood is lifted in an upright position to reveal the spadix.

What a gorgeous plant!

A fine close up of this unusual, but very attractive wild flower. The arrangement of the shroud and spadix is excellent.

Excellent set up and focus.

Gorgeous and unique flower along with it's colors!

Very beautiful image of the flower. Interesting explanation, thanks.

Wow, that's quite beautiful! I wouldn't have guessed the markings are so nice.

A gorgeous image! Beautiful color and detail! Jack is at his best here!

That is a beauty. It almost looks like it made from glass.

Great shapes, perhaps a little blown out in the base of the bloom.