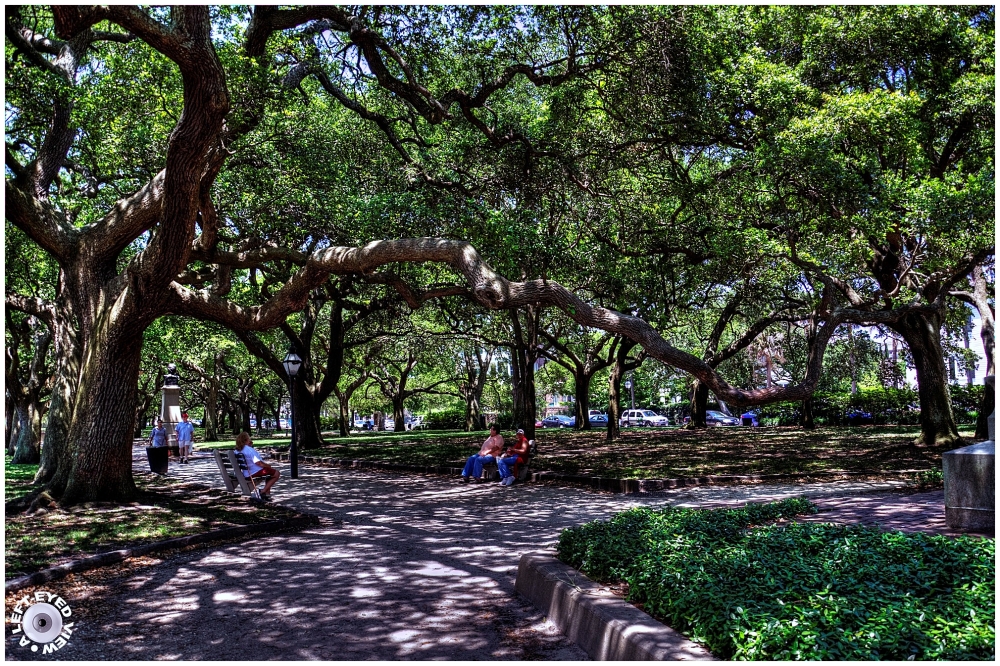 Posted by Steven (Chicagoland, United States) on 29 July 2014 in Landscape & Rural and Portfolio.

I was amazed by the grand size of the oak trees throughout the park with their far-reaching branches that appear weightless and just float in the air.

A so particular tree... Nice!

what the great park
nice view :)

It's very nice over there, Steven.
Beautiful shot!

A fine looking park with those impressive oak trees. A very good shot of the shady park.

I adore the dappled light in this image!

What a great place to sit and rest and look at the marvelous trees winding their way in the air.

I swear those two trees are linked at the branches, what an amazing set of trees there !~

Awesome! I love it!

Amazing branches these trees have; beautifully captured scene with great clarity and dimension! Love it!

A gorgeous image! Those tree branches are just amazing and spectacular! It is hard to believe that just by their weight, that they don't just break off! Lovely light and shadow! A beautiful composition!

Cool patterns of light through the trees.

Nice with those mottled shadow patterns.

Impressive shadow really suitable for an impressive oak tree !! :) I love this kind of green zones inside cities. And this is really spectacular with those "floating" branches.

Those astounding trees cast some interesting shadows. A beautiful place to walk or sit a spell.

This makes the viewer want to walk through this scene.