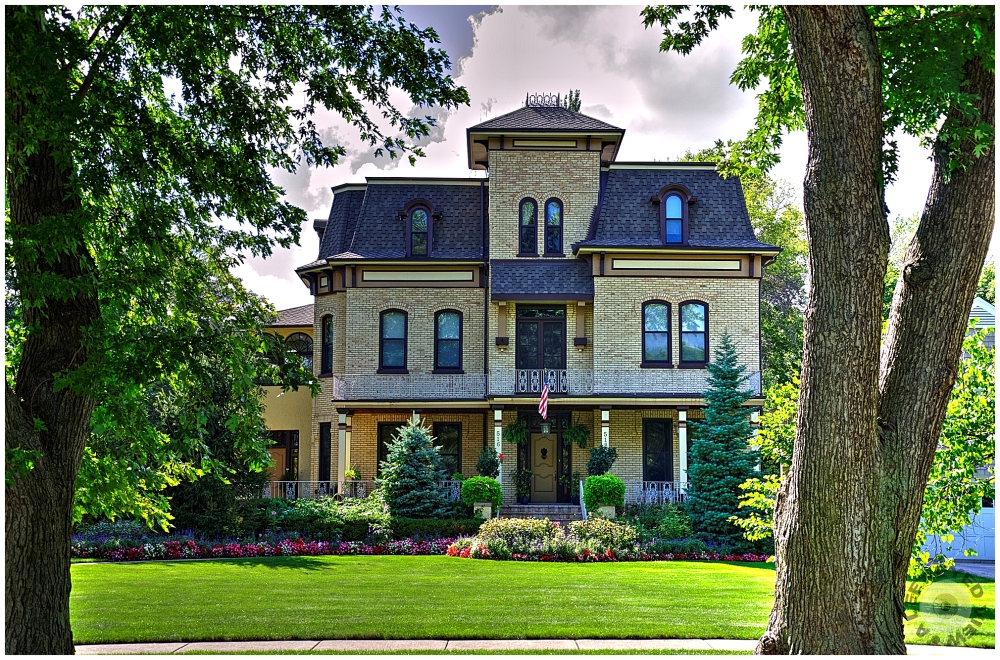 Posted by Steven (Chicagoland, United States) on 9 September 2014 in Architecture and Portfolio.

Second Empire is the first of the Victorian styles that would prevail in American domestic architecture for much of the later part of the 19th century as industrialization and the growth of the railroads would dramatically change home design and production. During this period, balloon-frame construction would replace the use of heavy timbers in home construction and new industrialized processes that could produce doors, windows, roofing, siding and other house elements could be transported faster to construction sites than ever before. Second Empire homes became popular throughout most of the eastern and midwestern United States and were often considered a “modern” alternative to the picturesque styles given its association with the institutional and residential architecture of France’s Napoleon III. The style’s most distinctive feature is its curved mansard roof with pedimented dormers.

In addition, Second Empire homes were often rectangular or asymmetrical in building form, constructed usually in masonry and often incorporating a central tower topped with a mansard roof. Other features often copy elements from the Italianate style, including double-hung windows, window hoods, decorative cornice line brackets, and partial, full width or wrap-around porches. The only example of the Second Empire style in River Forest, Illinois is the Solomon Thatcher Jr. House.

Wow It's a very beautiful building!
Nice shot and excellent information. Thanks !

What a beautiful architecture... excellent shot

Wonderful framing of this building.

An incredible image of this incredible house. The clarity of the photo is stunning.

Beautiful home and excellent presentation of it.

Second Empire is my favourite style and would just love to move into one, even though
it would be quite large. One of my Favourites is from the new tv show Bates Motel, which
is set out in Aldergrove on 272nd Street near the U.S. border is the spitting image of the
Bates Motel set in Alfred Hitchcock’s horror classic Psycho ... They did a magnificent job
in recreating the motel and home, I am a big fan of the tv show.

What a beautiful home! Thank you for the wonderful explanation. I am going to have to pay more attention to some of the older homes that I see in towns around here. The architecture is gorgeous!

That is a lovely building. You certainly get to visit some wonderful places. I am jealous.

I'd never heard of the 'second empire' style before ... not only is your image gorgeous, but this is an educational series!

i agree with phil here ... my favourite style as well! there's so much originality and fantasy in these houses and so much detail that one could look at them forever.