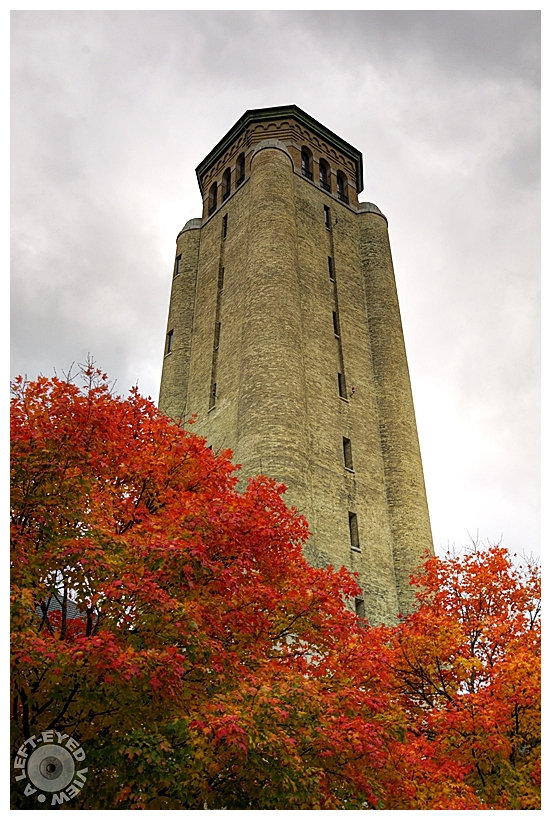 Posted by Steven (Chicagoland, United States) on 28 October 2014 in Architecture and Portfolio.

Superb contrast between the red leaves and wall of tower.:-)

A fine shot of this remarkable water tower. It's history is fascinating.

A lovely shot of this unique water tower. They don't build'em like they used to.

THe fall colors framing this view add a richness and beauty

The composition is wonderful, with such bright colors at the bottom. Impressive building by its time!

Beautiful color of the trees

Such a nice frame. Love the angle, the sky so cloudy/dark, and fall colors so bright entering us into the frame.

Like the perspective, looking up, and the fall wreath at the base.

A very impressive tower beautifully framed with the autumnal colors on the foreground ...

Beautiful tower coming out of the fall colors.

Beautiful image! I love the trees! That is an impressive and beautiful water tower. I would much rather prefer that than those big tanks.

The autumn leaved tree makes a nice foreground element for the tower.

Wonderful color to offset the ominous sky behind the tower ... good PoV!