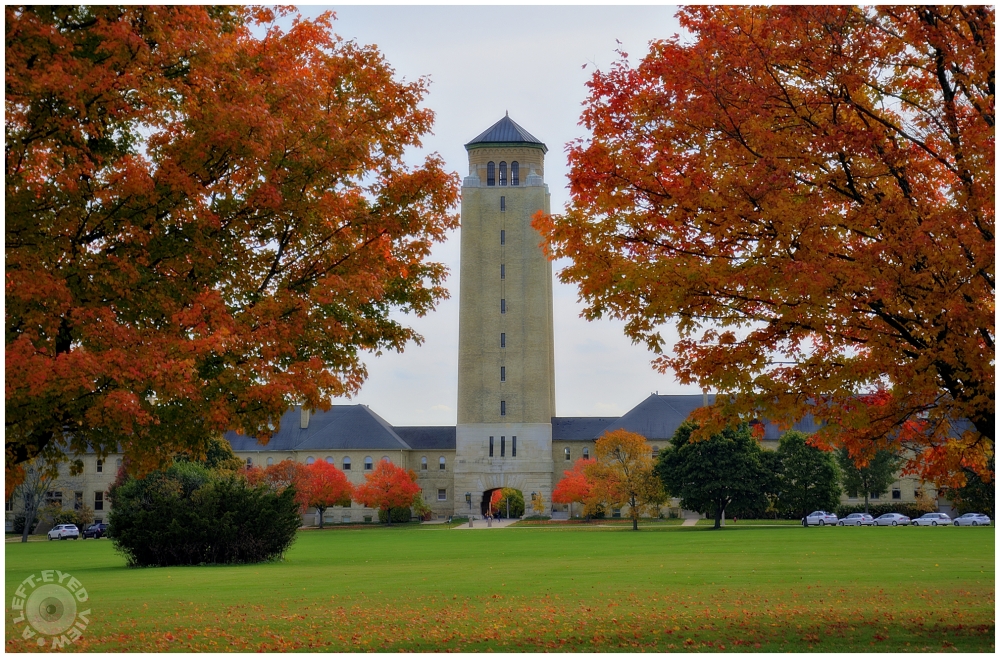 Posted by Steven (Chicagoland, United States) on 6 November 2014 in Landscape & Rural and Portfolio.

It is like someone has got the paintbox out . . glorious seasonal color.

this is so pretty Steven...gorgeous !

Wow - stunning colour and composition and beautiful piece of history.

The colors of autumn frame for this impressive tower. Beautiful composition.

A nicely framed water tower. I like the way the water tower is beautified.

LOVE the way you framed our view with the colorful trees

Wonderful natural framing of the tower.

Beautifully framed between the autumn trees.

A beautifully framed shot. I like seeing the arch and colorful trees through it.

@Steve Rice: Then you'll like Tuesday's photo as well. :-)

A gorgeous composition! The water tower has wonderful architecture. It is beautifully framed by the trees. Wonderful autumn colors!

Wow. You have stunning colours over on your part of the continent.

This is beautiful. Wonderful colors and composition

Great fall color that provides a nice complement to the building.

Beautifully framed with all those stunning autumn colors and great information too!