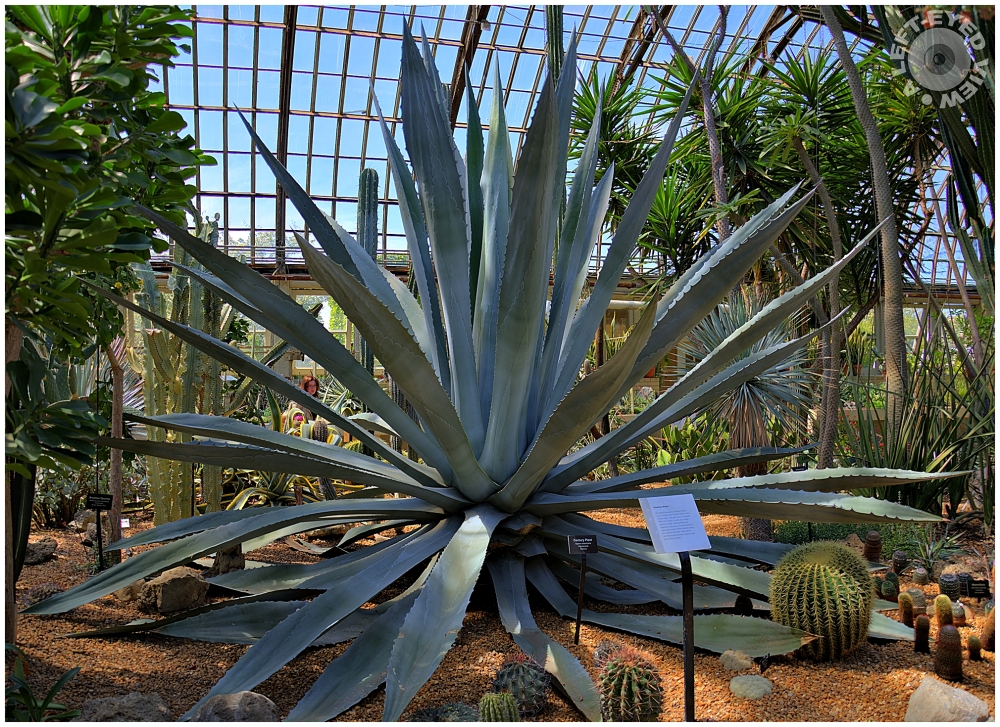 Posted by Steven (Chicagoland, United States) on 9 April 2015 in Plant & Nature and Portfolio.

So named because it is said to bloom once a century, the Century Plant (Agave americana) in fact blooms after a decade or two of growth. When it is ready, it sends up a single thirty-foot stalk which produces an impressive blossom. So much energy is spent growing this flower that the plant dies shortly afterward. Side shoots growing around the base ensure a new generation of plants.

I like how this impressive plants fills the frame! Great shot.

Beautiful plant of the desert

They are not just of the desert. I'm in the tropics & the house garden has many.

AN imposing plant and image!

They are beautiful. Nice capture, but don't get too close. ;-)

Impressive image created by your point of view.

Now that is a magnificent plant.

What a beautiful plant. A fine shot. Lovely. :6

What an awesome and beautiful plant!